With help from an astroturf PAC, the realtors’ lobby spent big to take down SB101 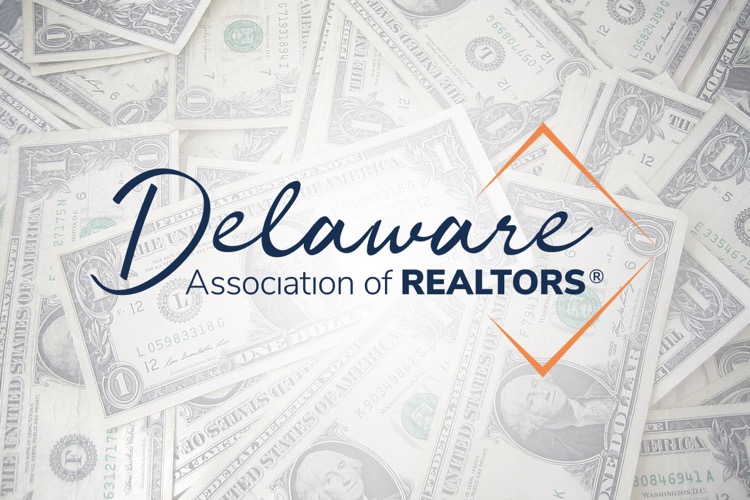 The multi-year legislative effort in Delaware to pass a tenant’s “right to counsel” bill failed this summer when Democrats in the state House of Representatives sided with Republicans to kill the bill. Now, newly-released campaign finance reports reveal that the state’s most powerful real estate lobby – the Delaware Association of Realtors — contributed tens of thousands of dollars to state lawmakers with hopes that the bill would fail to become a law.

Financial documents show that many Democrats who broke ranks and sided with Republicans to defeat Senate Bill 101, which would have established a right for tenants facing eviction to legal counsel, received significant donations from DAR’s political action committee, DEL-PAC, as well as another apparently related PAC called Strengthening Our Communities, which has received more than $50,000 from DEL-PAC — it’s only recent contributor — and shares the same address.

Between DEL-PAC and Strengthening Our Communities, DAR spent more than $60,000 on state legislative races since 2020, with roughly two-thirds going to politicians who voted against SB101, and an additional $7,350 sent to political committees like the House Democrats.

SB101 was defeated in the state House on July 1 by a vote of 16 to 23. Nine Democrats, including House Speaker Pete Schwartzkopf, voted with Republicans to defeat the measure.

DAR opposed SB101, according to its website, and the group “worked with other stakeholders to stop” the right to counsel bill from becoming law, in part because the “language in this bill created a right to counsel for tenants in evictions and other landlord-tenant actions as well as a residential eviction diversion program.”

As previously reported in Delaware Call, a “right to counsel” bill like SB101 would have benefited many former tenants of notorious landlord Adolph J. Pokorny, who allowed several apartment houses along Adams Street in Wilmington to fall into such disrepair that the city condemned the buildings, leading to the emergency relocation of more than 30 people. When previous tenants of Pokorny stopped paying rent because of unsafe living conditions, he took them to court, which compelled the tenants to pay anyway.

When reached for comment by Delaware Call, one of the bill’s primary supporters, Sen. Marie Pinkney, said she was surprised by the amount of opposition to SB101 in the state House.

“Housing security is a necessity,” said Pinkney. “I assumed that common sense legislation like this would be supported by Democrats across the board, and it should be.”

How $60,000 in political donations doomed “right to counsel” bill

So who got paid to kill SB101? And how much did those nay votes cost?

DAR’s lobbying worked. Its network of PACs contributed to nearly every member of the General Assembly since 2020, including many who voted for SB101, and the organization’s influence game was proven strong. The bill was defeated.

Among influential Democratic lawmakers who opposed SB101, House Speaker Schwartzkopf and Reps. Bill Bush and Stephanie Bolden — who were instrumental in killing the bill — raked in the most from DAR’s network of PACs ($1,800, $1,950, and $1,200 respectively). Sen. Spiros Mantzavinos, the only Democrat in the state Senate to vote against SB 101, received $1,500. Newcomer Rep. Nnamdi Chukwuocha, whose vote against SB101 surprised many Delaware Democrats, received $900.

Notable exceptions to DAR’s largesse include the bill’s sponsors, Sens. Bryan Townsend and Marie Pinkney (and cosponsor Sarah McBride), as well as several members of the House progressive caucus, including Reps. Madinah Wilson-Anton, Eric Morrison, and John Kowalko (who is retiring).

Delaware Call reached out to Democratic legislators in the state House who voted against SB101 while taking money from DAR, but as of publication none have responded.

Why is DAR using two PACs to make political donations?

Although the “right to counsel” bill is defeated for now, the Delaware Association of Realtors continued to grease the wheels of Delaware’s legislature during the final weeks before the 2022 general election by making sizable donations to lawmakers, including many Democratic lawmakers who voted for SB101.

To move as much money as possible, DAR appears to be using two political action committees to double the maximum allowable donation to each candidate. In addition to DEL-PAC, which makes most contributions on behalf of DAR, another PAC called Strengthen Our Communities has contributed $24,150 to candidate committees since 2020.

With the exception of DAR’s parent organization, the National Association of Realtors, no other entities have contributed to Strengthening Our Communities since its formation in 2015, and DEL-PAC has been its sole contributor since 2020. In addition to sharing the same address as DEL-PAC (134 E. Water St. in Dover), every treasurer since the PAC’s formation has included a DAR email address in their contact information and the current treasurer, Wesley Stefanick, is DAR’s current CEO.

In the weeks following the 2022 primary election, DEL-PAC and Strengthening Our Communities have blitzed the General Assembly with approximately $27,650 in campaign contributions, likely aiming to influence future votes on tenants’ rights legislation. In some instances, both PACs made the same donation amount of $600 to the same campaign committee on the same day.

This well-known loophole in Delaware election law allows an organization like DAR to give twice to its favorite candidates or those who might be influenced. For example, on Oct. 25, Rep. Danny Short received two $600 contributions, one from DEL-PAC and another from Strengthening Our Communities, which — again — is funded entirely by DEL-PAC this election cycle. The same happened to Reps. Krista Griffith, Ron Gray, Brian Pettyjohn, Valerie Longhurst, and Sean Lynn in the weeks following the September primary election.

DAR’s network of influence is expansive. In addition to Strengthening Our Communities, DAR is the sole funder of the Kent County Association of Realtors PAC and New Castle County Realtor PAC. Through DEL-PAC, DAR has contributed approximately $61,654 to those PACs, which in turn distributed the funds to candidates across the state.