When A.J. Pokorny’s tenants stopped paying rent because of unsafe living conditions, he took them to court 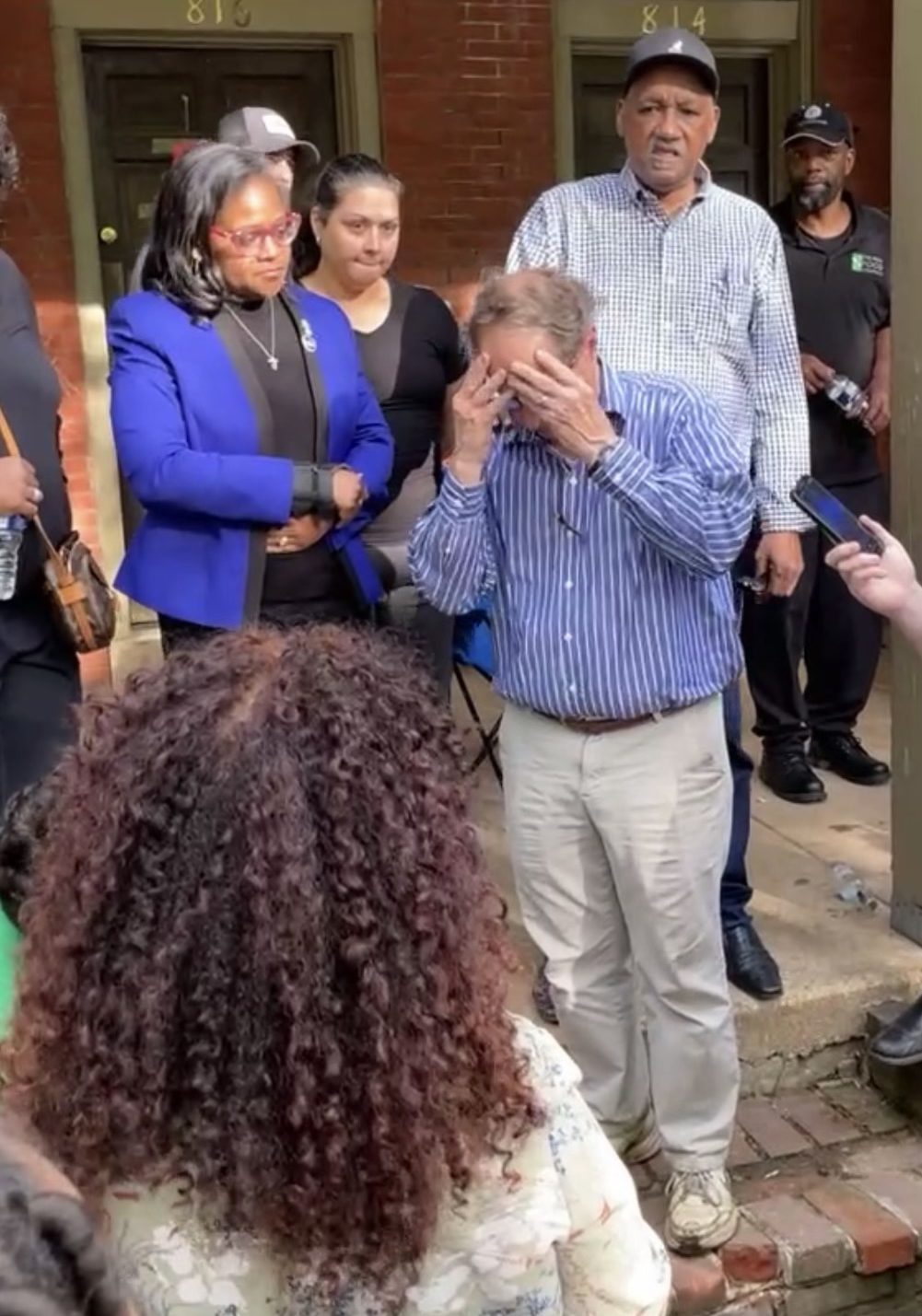 While Adolph J. Pokorny’s properties on Adams Street fell into disrepair, the landlord was busy taking tenants to court to collect unpaid rent. In at least one instance, tenants refused to pay rent because of unsafe living conditions, only to be compelled by the Delaware Justice of Peace Court to pay anyway.

According to a review of Delaware state court records by Delaware Call, Pokorny is listed as plaintiff in more than 700 cases dating back to the late 1990s, most of which appear to involve Pokorny suing tenants. Many of those cases were dropped by Pokorny, apparently after reaching private settlements with tenants. However, when compromise could not be found, Delaware courts often sided with Pokorny.

In at least one instance back in 2013, tenants who lived at 808 N. Adams St. Apt. 2 stopped paying rent for months after the property was condemned by the city of Wilmington as “unfit for human habitation.”

The tenants, Tracy Robinson and Dwight Andenous, entered into a lease agreement with Pokorny in July 2012 for the apartment, paying $575 per month until a leak developed in the living room, after which the rent was lowered to $475 per month. However, after a heavy downpour on August 13, 2013, the leaky ceiling collapsed on Robinson and injured her head.

Wilmington’s Department of Licensing and Inspection condemned the apartment, but Robinson continued to live there anyway while repairs were being made but without paying rent.

Before the repairs were even finished — and while the property was still condemned — Pokorny took the tenants to court, arguing that because the tenants “chose to remain in the unit despite the order condemning the unit,” they “should have to pay rent in some form.”

It’s unclear why Pokorny was not compelled to provide substitute housing for the tenants, per Delaware’s Landlord-Tenant Code, which places the obligation on the landlord should a property be condemned.

According to the hundreds of Delaware state court records involving Pokorny, including more than a dozen during the height of the COVID-19 pandemic in 2020 and 2021, many of his lawsuits were resolved without going to trial. In this instance however, the tenants fought back:

In response, [Robinson] argued that she should have to pay no rent during the time the unit was condemned, and since she had never been advised that the order of the condemnation had been lifted, she believed the unit condemned to this day. She argued that the leak still exists in some form and has never been adequately repaired.

Although court records neither confirm nor deny the tenants’ claim that Pokorny failed to adequately repair the leak in the roof, a structural engineer’s report filed last week with the city of Wilmington indicated that three out of six apartments at 808 Adams have active leaks, including Apt. 2 where Robinson and Andenous formerly resided.

Pokorny’s properties on Adams Street were condemned by the city — again — as unfit for human habitation on May 16, 2022, and the landlord was cited with 372 code violations. According to Delaware Online, Pokorny’s troubles go back decades. Those same buildings were previously condemned in 2006 for numerous code violations, including “broken smoke detectors, exposed wiring, inadequate hallway lighting, problems with the fire escape and roof, and rotting wood siding, among other issues.” Just a few years before that, Pokorny was facing trial after an investigation by the Delaware Department of Justice accused the landlord of “defrauding renters by repeatedly failing to make repairs and address complaints at his buildings.”

As Pokorny’s legal woes and code violations mounted, so did his lawsuits against tenants. He took 21 tenants to court in 1999, doubling that number the next year to 43, or close to one lawsuit per week. Since then, Pokorny has taken dozens of tenants to court every year, often for just a few hundred dollars. For example, among the 21 cases Pokorny initiated in 1999, one case against Aaya Berry, a tenant living at 507 West St. Apt. 2, was decided in favor of Pokorny, who was awarded $290 plus court fees.

It’s unclear how many tenants, like Robinson and Andenous, refused to pay rent because of unsafe living conditions in Pokorny’s apartments.

Despite Pokorny’s checkered history, especially with those properties on Adams Street, the courts ultimately sided with the landlord and ordered Robinson and Andenous to pay $2,019.50 in back rent, including for the time the apartment was condemned, although at a reduced rate.

Pokorny also asked the court for permission to evict the tenants, but the judge denied his request, pending the tenants’ payment of the next month’s rent.

Pokorny’s lawsuit against Robinson and Andenous was one of more than 12,000 landlord-tenant cases in 2013, which in that year accounted for 56 percent of all case filings in the Justice of Peace Court, according to court’s annual reports. That same year, the Justice of Peace Court was a moneymaker for the Delaware courts with $4,597,800 in revenue, far outpacing both the Superior Court and Court of Common Pleas.

While Pokorny’s history of safety violations in his apartment buildings may be notable, there’s nothing unusual about his predilection for taking tenants to court. Before the coronavirus pandemic eviction moratorium, landlords in Delaware averaged more than 10,000 eviction cases per year, even though the state has only 101,000 rental units.

Under Delaware’s landlord-tenant code, the odds are so lopsided in favor of landlords that legislators in the General Assembly have filed a “right to counsel” bill that, in addition to guaranteeing tenants legal representation in eviction proceedings, would forbid landlords from evicting tenants who owe less than $500, as many of the tenants sued by lawsuits Pokorny did. While proponents argue the bill is a necessary corrective to the landlord-tenant power imbalance, it failed to advance out of the House Appropriations Committee earlier this month.

Delaware Call was unable to reach either the tenants or the landlord for comment on this story.

Are you a current or former tenant of Adolph J. Pokorny? Email Delaware Call with more information.