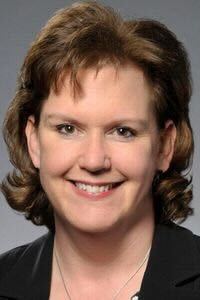 The Delaware Republican Party’s leading candidate for attorney general in the upcoming midterm elections has filed a lawsuit in Chancery Court on behalf of residents from all three counties alleging that the “vote-by-mail” law passed earlier this year, Senate Bill 320, violates the state Constitution.

Attorney Julianne E. Murray, who is running to unseat incumbent AG Kathy Jennings, is representing plaintiffs Nancy M. Smith, Paul J. Falkowski, and Ayonne “Nick” Miles, president of the Delaware Young Republicans, who claim that Delaware’s Constitution only authorizes people to vote absentee under very specific circumstances, such as sickness, physical disability, or military service, and that, according to the complaint, any and all other “persons intending to vote in a general election must vote in person at a polling place on election day.”

If Democrats wish to change that, the lawsuit argues, then the General Assembly must amend Delaware’s Constitution.

SB320, which reauthorized the state’s “no-excuse vote by mail” provision that was enacted during the COVID-19 pandemic, passed the General Assembly along party lines in June and was signed into law by Gov. John Carney in July. During debate, however, Republicans in the state senate called the bill “unconstitutional” and alleged that vote-by-mail will lead to ballot harvesting that will tip elections in favor of special interests, and that ineligible voters will receive ballots because the state’s voter rolls are a mess.

A Delaware Call investigation into the state’s voter rolls found no evidence of widespread problems and that only 2% of voters were registered under the wrong address.

When reached for comment, the bill’s primary sponsor, State Senator Kyle Evans Gay, directed the Call to the statements made on the senate floor during SB320 debate in June.  Sen. Gay declined further comment because litigation is pending.

In a Delaware Senate Democratic press release from June 10, 2022 announcing the introduction of the bill, it was noted that the General Assembly was in the process of permanently amending the absentee ballot provisions of the Delaware Constitution.

While the amendment overwhelmingly passed both chambers during the 150th General Assembly, constitutional amendments must be passed in identical forms in two consecutive General Assemblies. In June of 2021, 11 Republicans in the House who previously voted in favor of expanding absentee voting in Delaware voted against it.

Murray is the second Republican to challenge SB320 in court. State GOP chair Jane Brady has also filed a lawsuit against the vote-by-mail law.

Citing “irreparable harm” if the state moves forward with its vote-by-mail plans, Murray’s original complaint to Chancery Court asked for a speedy injunction, or “interim relief,” to stop the implementation of SB320; however, Murray withdrew that request yesterday after a telephone conference established that “no ballots can be sent to potential voters in the General Election before October 10, 2022,” and that, based on the expedited schedule of the case, interim relief would be unnecessary.

In addition to striking down the law, the lawsuit asks for the Chancery Court to declare that the General Assembly “exceeded its constitutional authority” in enacting SB320 and that the legislative body is not permitted to use its “broad powers” to enact any vote-by-mail provisions without a Constitutional amendment.

Oral arguments are scheduled for September. The lawsuit names as defendants the Delaware Department of Elections and State Election Commissioner Anthony J. Albence.