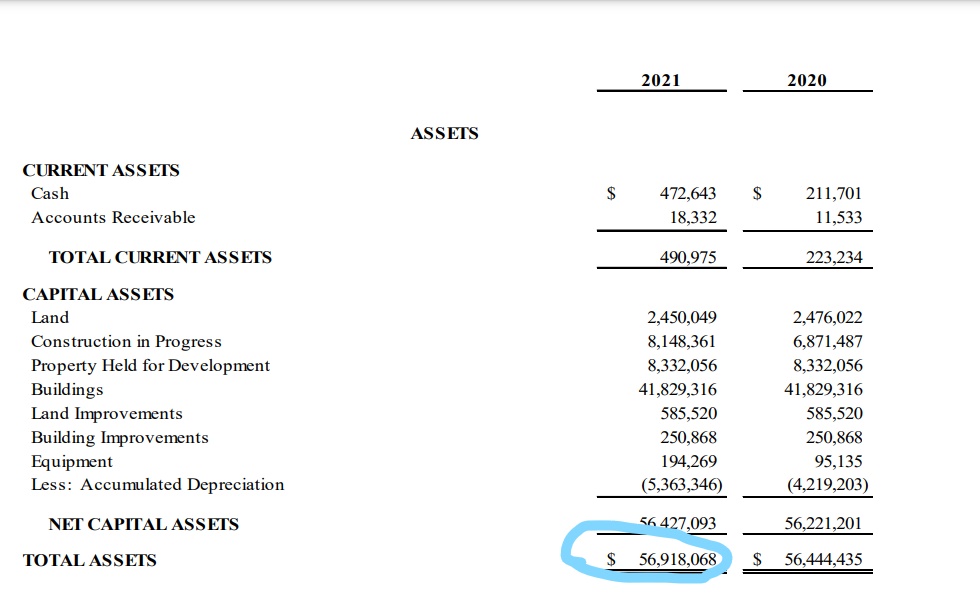 Fort DuPont Redevelopment and Preservation Corporation, a public-private partnership that has received $18.75 million in state funds, has “significant deficiencies” in its accounting practices, causing it to misstate assets and fail to report how restricted state money is spent, an auditor’s report obtained by Delaware Call shows.

FDRPC was established by the General Assembly in 2014 with the goal of promoting economic development in Delaware City, where Fort DuPont State Park is located. Modeled after the Wilmington Riverfront project, plans for the partnership called for new housing development, a marina, a hotel and other amenities. The state donated the park’s land and buildings to the corporation.

Under FDRPC’s former executive director, Jeff Randol, who resigned in March, the corporation published no audits for six years. Finally, it arranged for an accounting firm, Belfint, Lyons and Shuman, to do five annual audits for fiscal years 2016 through 2020.  (Scroll down to select “Financial Audit Reports” at this link.)  These five reports, all released on April 12, 2021, provide the only public information on FDRPC’s finances.

The five audits made reference to an additional report by the auditor regarding the corporation’s “internal control” processes. Delaware Call obtained this report via a Freedom of Information Act request.

“We identified certain deficiencies in internal control that we consider to be material weaknesses and significant deficiencies,” the auditor’s report states.

The first deficiency is accounting for the value of capital assets — the land and buildings which the state donated to FDRPC. On the corporation’s books, the value is stated as more than $56 million. The auditor says the valuation, which creates wealth and borrowing power for the corporation, is misstated by an undetermined amount.

The second finding is that FDRPC “does not have a written policy for the allocation of costs incurred in preconstruction, construction, and related operation for its various property development projects.”

The five audits released in April 2021 present “State Appropriations” as a lump sum for each year. However, the audits present no specific information regarding the allocation and expenditure of these public funds.

Meanwhile, FDRPC’s internal financial reports are not available to the public absent a FOIA request.

In response to a FOIA request for financial reports of calendar years 2015 through 2021, FDRPC Counsel responded, “FDRPC does not have such reports going back to 2015 in its records; reports in its possession are provided…”

The reports that were provided start in July 2019. While monthly reports for the four prior years were prepared for board meetings, those reports are no longer available from FDRPC.

Another FOIA response revealed that FDRPC has no contract with Cutting Edge Landscaping — one of the corporations’s major vendors. The absence of a contract implies an absence of competitive bidding.

Alleged manipulation of contract thresholds to avoid competitive bidding led to the indictment of State Auditor Kathleen McGuinness. In the auditor’s case, however, the office had official, executed contracts. Doing state business without written contracts would put FDRPC in a class by itself.