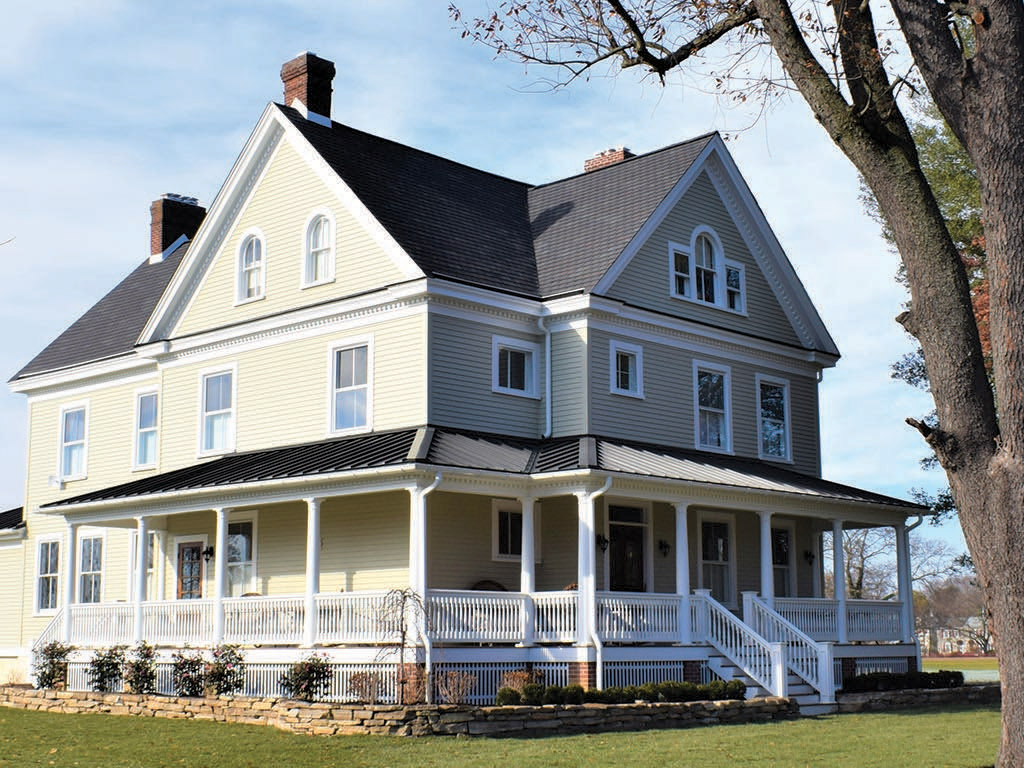 Once again, a Delaware government scheme to transfer public assets into private hands in the name of economic development has come under intense scrutiny.  This time, the focus is the small New Castle County town of Delaware City, where potentially illegal shortcuts have exposed yet another of the state’s infamous public-private partnerships: the effort to privatize Fort Dupont State Park and a parcel of land called Grassdale.

A History of the Fort DuPont Site

Following the Spanish American War, Fort DuPont was commissioned in 1899 as part of the nation’s coastal defense system. Largely constructed between 1899 and 1915, the base included fortifications, a wharf and railroad supply system, road network, residences, and parade ground.

In 1947, Fort DuPont was acquired by the State of Delaware and the Governor Bacon Health Center was built along the Delaware River. In 1992, more than half of the land was transferred to the state’s Department of Natural Resources and Environmental Control (DNREC) to become Fort Dupont State Park.

Jeff Randol, a seasoned developer, was hired as Executive Director in June 2015. The Fort Dupont website states that Randol, “brings to the corporation an extensive background in commercial and residential real estate and years of economic and community development experience.”

However, he proved to be a disastrous choice as leader of the Fort Corporation. After spending years alienating key constituencies including Delaware City officials and new residents purchasing Fort DuPont homes, Randol was forced to resign at the end of January with a March 31, 2022 termination date.

Longhurst and Poore have advocated for Randol’s departure. In a February 17th letter to the Fort Board they stated:

What we have told the Board before continues to be true: Any appearance, rumor or speculation regarding the mismanagement of the FDRC diminishes the public’s confidence in the work of the organization and tarnishes the reputation of the entire effort. It is your duty to treat these matters with the utmost concern.

Randol’s compensation included a home on the property. During the first two years of his tenure, his house was lavishly renovated including an elevator, an in-law suite, and a large koi pond. Documents obtained through a Freedom of Information Act (FOIA) request indicate reported costs of almost $700,000. However, that didn’t include many expenditures by the Fort’s landscaping company including the koi pond. Randol paid about 50 percent of fair market rental for this lavish home.

During the night of February 20, 2020, a structure on the property referred to as Building 58, which was slated for renovation, was demolished instead. Chris Robinson, the Fort’s Maintenance Manager, alleged to both the FDRPC Board and Delaware City Police that Randol ordered the maintenance staff to destroy this building. Robinson stated they were asked to say that it collapsed in a windstorm.

A Delaware City FOIA reply revealed there was both a police investigation and report including body camera footage. However, the city declined to provide this documentation citing a statute limiting access to police reports.

According to Randol’s attorney, the police determined no crime had occurred because the “dilapidated structure” was owned by FDPRC, not the state, and thus wasn’t considered public property.

Another one of the Fort Corporation’s initial projects was a development of new homes in a newly branded “Canal District.” However, according to a petition submitted to the DOJ ombudsman, initial home buyers at Fort DuPont didn’t receive state-required disclosure documents.

The Faulty Sale of Public Land

Max Walton, the FDRPC Legal Counsel as well as Delaware City Solicitor, arranged for passage of a Delaware City ordinance leaving Fort DuPont as the only development in Delaware not allowed to form a Home-Owners’ Association. Instead, residents are billed $500 annually by the FDRPC for maintenance of common areas while paying Delaware City taxes for the same services.

One of Walton’s clients, Todd Burbage, is Chief Executive Officer of the Blue Water Development Corporation, which operates a network of RV Campgrounds. Burbage proposed to purchase the 133-acre Grassdale parcel of Fort DuPont State Park and develop it as an RV Campgrounds. A FOIA response stated this was an “unsolicited offer.”

A year after Castagno was hired, the Blue Water deal was officially introduced to the Board of Directors. At the April 2019 Board meeting, three Blue Water staff presented a PowerPoint on the Grassdale Campground proposal.

While the Grasslands parcel was crucial to the continuity of the state park, as it is situated on a wedge of land bordering the canal and Route 9 within the park boundaries, its viability as a camping destination was never seriously assessed.

In May of 2019, a few Board Members visited Blue Water’s Massey’s Landing Campground in Millsboro.  Massey’s Landing is located on the shores of Rehoboth Bay. In contrast, Delaware City, with its huge refinery, is a more industrial area bordering the Delaware River. Further signs point to a lack of due diligence in making this decision. No official Request for Proposal (RFP) was issued, and no competitive bids were solicited.

The Fort Corporation did no market research to assess the viability of Grassdale as an RV campground. A popular recreational and camping website lists the top ten RV campgrounds in Delaware: all ten are closer to the beaches in Sussex or Kent Counties. There are no private RV campgrounds in New Castle County.

On December 30, 2019, Randol signed the contract to sell Grassdale for $5 million. Section 9.15 of the contract states, “This Agreement is expressly contingent upon the approval and consent of the Board of Directors of the Seller.”

A FOIA response stated that the contract was approved at the Board meeting on December 3, 2019. However, the minutes of that meeting reveal that a majority of the board refused to approve the contract, raising five issues which they wanted addressed.

The Grassdale sale was seller-financed with the Fort Corporation extending a $2.6 million loan to Todd Burbage and the purchasing group. The board members’ most prominent issue was a request for Burbage’s financials and tax records to ensure that he “remains financially able to back the note.” Randol ignored this and other board concerns when he signed the contract only weeks after the December board meeting.

The lack of board approval is not the only issue with the agreement. Another FOIA response revealed that the contract document was never finalized and remains incomplete.  The documentation lacked more than one-third of the 14 requisite exhibits including an approved site plan, permits, and utilities which were all to be provided.

This contract is also missing virtually all of the due diligence documents. The cover letter from the Fort Corporation Counsel stated, “FDRPC does not have a record of the actual due diligence documents which were provided to Blue Water, and further notes that many of the items/documents listed… either are not in FDRPC’s possession or do not exist.”

Six months after the contract was signed, in July 2020, Max Walton sent the Board a confidential memo claiming that staff had just learned from a News Journal reporter that the state’s 1994 Grassdale purchase was funded by the Delaware Land Protection Act (DLPA). This discovery meant that Grassdale was protected land that could not be legally sold for private development.

Instead of complying with the DLPA, the Fort Corporation deliberated privately for several months before signing an “Indemnification Agreement” in March, 2021 which admitted to a title defect which could not be corrected. In the event of a DLPA claim, FDRPC agreed to pay the first $100,000 for the title company to defend the defective title. Another amendment transferred the contract to a different campground operator called Sun Communities before the deal closed in October 2021. This transfer was also not disclosed to the Board.

On March 3, 2022, Longhurst and Poore introduced for consideration Senate Bill 238 which would, if passed, grant the City of Delaware City the right to impose a 3 percent tax on rentals of camping and RV sites within the city limits. The bill was passed unanimously by the state Senate on March 15.

This convoluted campground project has come under intense pressure following Randol’s announced resignation. A proposed entrance roundabout was denied by Delaware City officials. DNREC Secretary Shawn Garvin announced at the February board meeting that the campground would need all required permits from state and local authorities.

At the February 28, 2022 meeting of the Delaware City Council, the City Solicitor reported that the purchasers of the campground site had initiated no applications for permits or made any other contacts regarding development of this project.

On March 8, 2022 Senator Poore and Representative Longhurst issued a joint statement about the RV Campground: “After the sale was complete, and details surfaced about the transaction, we had our own reservations about the plans for that property. It is extremely unfortunate, but at this point there is no way to reverse the sale.”

This process of shepherding and subsidizing the transfer of public goods into private hands has raised significant questions about the legality of the Grasslands purchase.  Critics and opponents of the deal will need to establish legal standing: in other words, determining what individual or group has grounds to challenge the sale. Even if this hurdle can be cleared, does the enabling legislation supersede DLPA’s moratorium on the sale of public land categorized as open space?

For those looking to make their opinion of this transaction known to state officials, there is an Action Network form that addresses many of the issues in this article.

Editor’s note 6/13/2022: We have removed a sentence about tax liens and civil judgements due to a lack of reporting on the context of those cases. We have added a sentence about Delaware City police determining no crime occurred in the demolition of a structure.