After state-sanctioned remediation the pending criminal charges will be dropped, but questions of justice remain 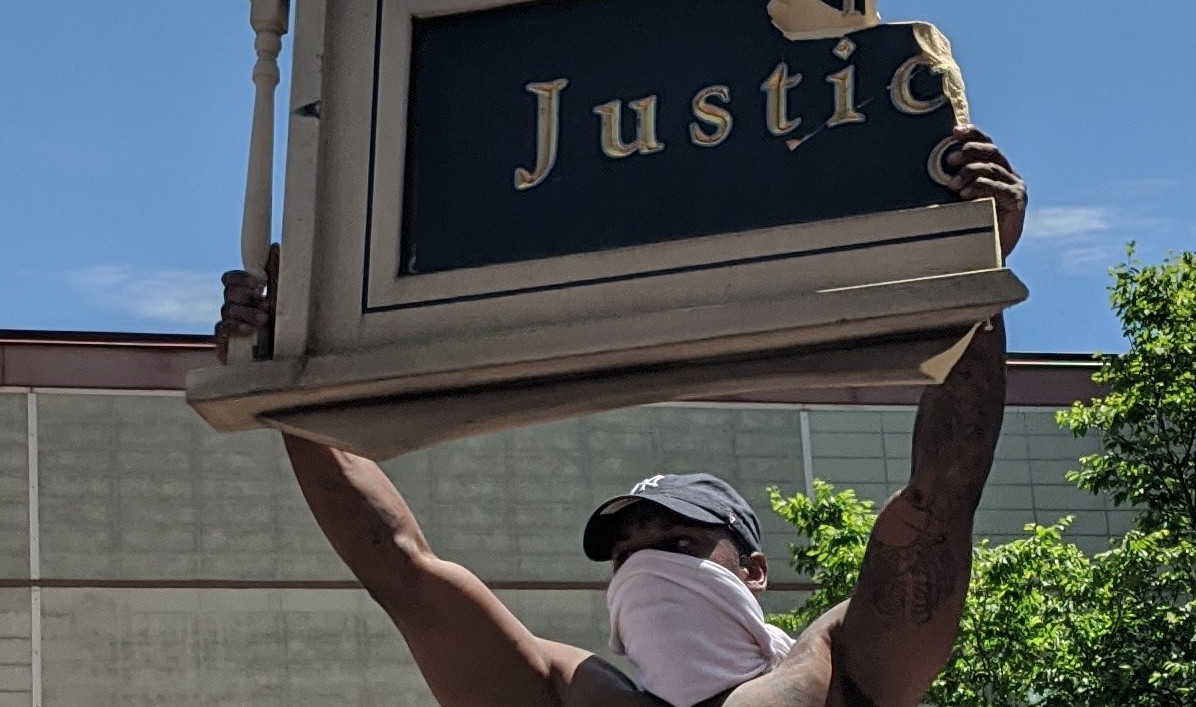 On Friday, the Attorney General’s office confirmed that criminal charges stemming from last year’s incident involving a teenage boy and a Wilmington Police officer after a Black Lives Matter demonstration will be adjudicated via the alternative protocols of the ironically named “restorative justice” program.

We received the case materials on February 26, 2021 and immediately identified restorative justice as the appropriate outcome: the protestor and the officer sit down with a mediator and discuss their backgrounds, motivations, and actions that day—then, all charges are dropped. The officer agreed to participate and on March 1 we proposed restorative justice with dropped charges.  We heard back from the defense on March 22 and the Court referred this case to mediation on March 23.   The charges will be dropped when mediation is complete.

While the mediation hearing has yet to be scheduled, this news is a relief.  There is a light at the end of the tunnel.  I am glad.

I am also upset and angry.

Picture this.  A Black boy, now 15 years of age, who goes by the nickname Simba, will sit at a long conference room table (or maybe on a Zoom session) to testify to his background and his experiences.  He’ll attempt to convey what could potentially inspire an honor-roll student like himself to do civil disobedience on a city street in the interest of equal rights and justice.

Across the table (or in a window on a computer screen), an adult man called James Patrick Roy, who is a Wilmington police officer, will listen.

While the name of the officer has not been officially disclosed, the Delaware Call has confirmed with multiple sources, including eyewitnesses to the event and its aftermath, that the officer seen on video (about 15 seconds in) pushing the child to the ground is indeed Roy.

What will Roy make of Simba’s testimony?

What remarks will Roy give?  What about the policeman’s life drove him to this behavior?  I hope I never in my life find myself in the situation Simba will face: listening to an agent of the state explain why he assaulted me,  digesting in detail his motivations.

Simba must face this to have serious criminal charges dropped.  Is this the best we can do?

I emailed my concerns to the Attorney General’s office.  Multiple attempts to clarify were unanswered.