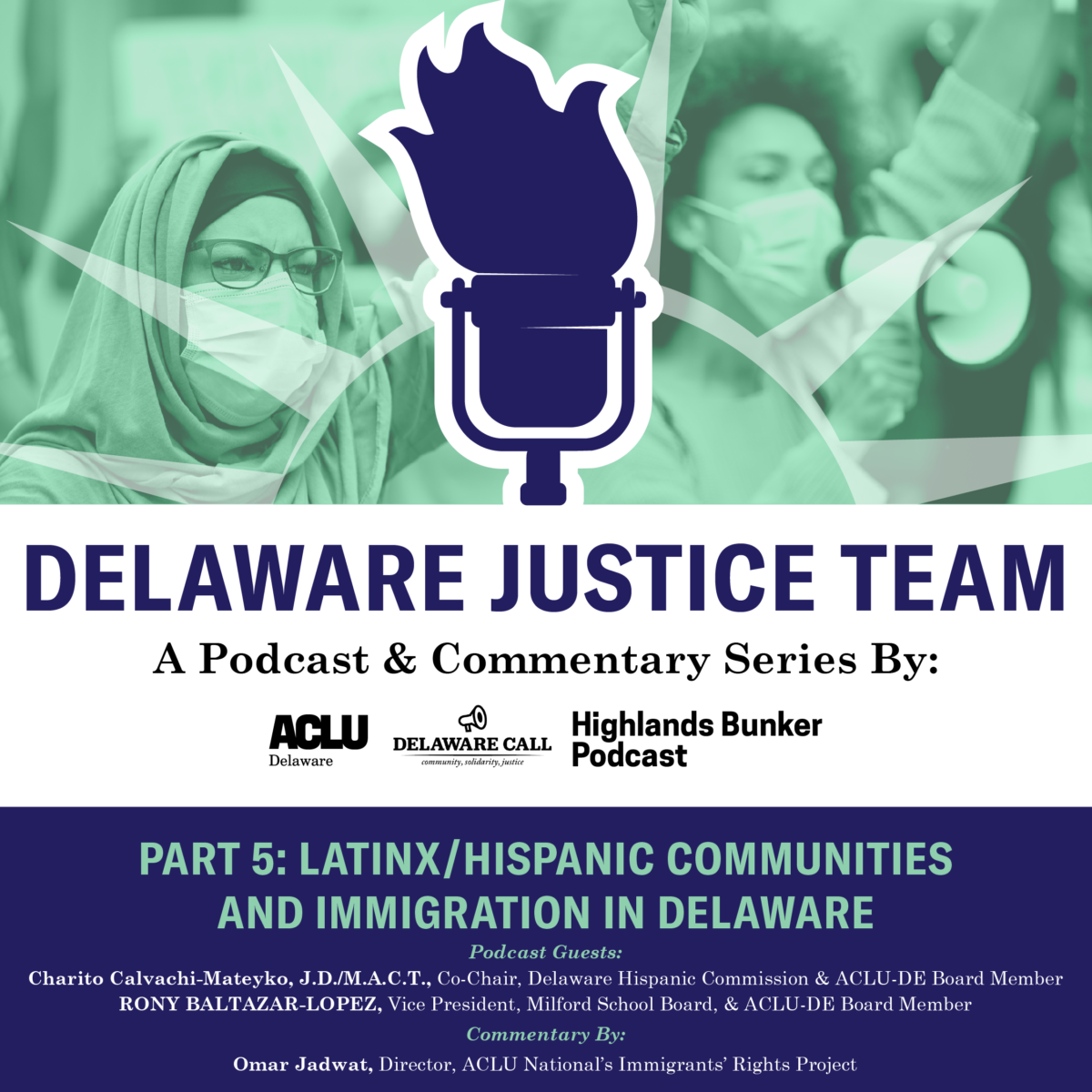 This commentary is part of the Delaware Justice Team series, a podcast and written media partnership between the ACLU of Delaware, the Delaware Call, and the Highlands Bunker. It was written by Omar Jadwat, director of ACLU National’s Immigrants’ Rights Project, and originally appeared online at ACLU.org on 8/27/21.

After a whirlwind of court actions this month, the Biden administration will be forced to restart a Trump-era border policy that trapped tens of thousands of people seeking asylum in dangerous conditions in Mexico while they awaited their court dates. The Remain in Mexico Policy, also known as Migrant Protection Protocols (“MPP”) created a humanitarian disaster at the border and has been the subject of ACLU lawsuits since it was first instituted in 2019. Here’s what you need to know about the past, present, and future of this harmful policy and its implications for people seeking asylum.

The Remain in Mexico policy is illegal and unspeakably cruel.

In the ACLU’s litigation on the Remain in Mexico policy, courts found the program unlawful, but the government was allowed to continue implementing it while the case proceeded. Under the policy, people fleeing persecution in their home countries have been forced to wait in dangerous cities in Mexico while their cases were processed, which could take months or even years. The whole purpose of the policy was to punish people for seeking asylum by trapping them in miserable and dangerous conditions.

Indeed, people who were sent to Mexico have consistently been subjected to horrific crimes and exploitation, including kidnappings, rape, and other violent attacks. Human Rights First documented over 1,500 publicly reported cases of “murder, rape, torture, kidnapping, and other violent assaults against asylum seekers and migrants forced to return to Mexico by the Trump Administration under [MPP].”

President Biden made a campaign promise to end the MPP program on day one because it “created a horrifying ecosystem of violence and exploitation, with cartels kidnapping, violently assaulting, and extorting migrants.”

Biden followed through on his promise and rescinded the policy, but it wouldn’t be long before the administration’s decision was challenged in court.

The states of Texas and Missouri sought to reverse the Biden administration’s decision to end the Remain in Mexico policy, which ultimately led to Tuesday’s Supreme Court decision.

On Tuesday, the Supreme Court denied the stay, meaning the Biden administration must reinstate the policy as the litigation continues.

The Supreme Court ruling is a setback, but the Biden administration has a path to ending the program again.

The Supreme Court decision suggested that any problem with the termination of Remain in Mexico was essentially procedural—that is, the government did not say enough when terminating the program to demonstrate that it had sufficiently weighed the potential consequences of its decision. It pointedly did not endorse the states’ claims that the government is actually required to return people to Mexico under the immigration statutes. (As our amicus brief explained, those claims were egregiously wrong.)

The Biden administration must not use this decision as cover for abandoning its commitment to restore a fair asylum system.

Troubling news reports suggested that the Biden administration was considering reviving its own version of the policy even before the Supreme Court decision. And the administration has continued to endorse a separate Trump era-policy that causes many of the same harms, summarily and unlawfully expelling people seeking asylum using “Title 42” health authorities. Under no circumstances should the Biden administration roll out any “MPP 2.0” — that is, any program that requires people seeking humanitarian protection to return and wait in Mexico while their cases are processed. And it must end the Title 42 expulsions.

President Biden was right to end MPP, and to promise to restore access to asylum. He must not abandon that commitment now.

The mission of the ACLU of Delaware is to preserve and advance civil liberties and civil rights in the State of Delaware as enshrined in the United States and Delaware Constitutions through education and advocacy without consideration of political association. Read more from ACLU of Delaware.