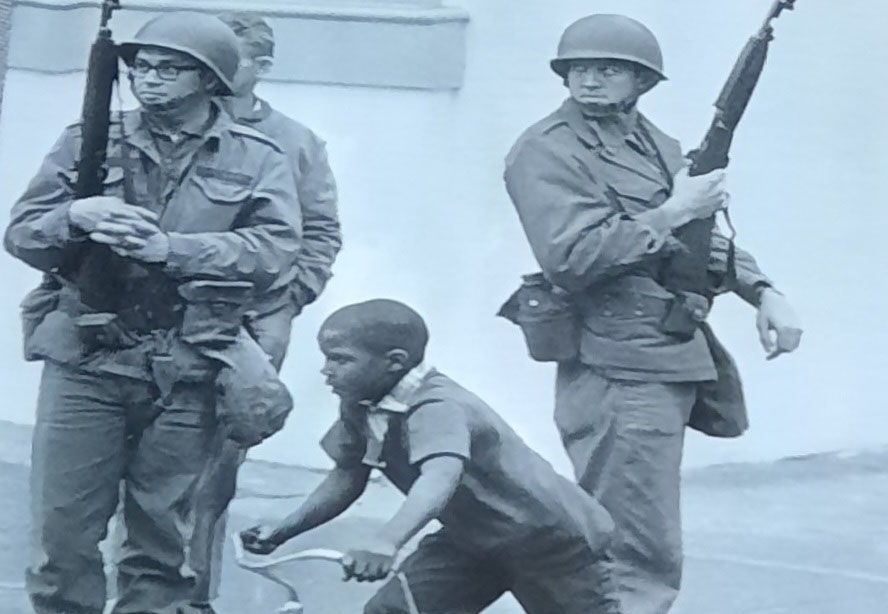 This past summer, amid the largest nationwide street demonstrations protesting systemic police violence in a generation, Professors Peter B. Levy, York College (PA) and Yasser A. Payne, University of Delaware, were guests on the Highlands Bunker podcast.

Prof. Levy’s 2018 book, The Great Uprising, served as the frame for the conversation. Levy provides historical accounts of three noted uprisings in the 1960s – one from a small town (York, PA), one from a modestly populated city (Cambridge, MD), and one in a large urban center (Baltimore, MD).

Professors Levy and Payne discuss the history of racial justice movements in the mid 20th century, the systemic oppression and material conditions that precipitated the uprisings in the 1960s, and the parallels we can identify in current times.

The episode opens with a quote from Levy’s book by an activist Catholic priest in Baltimore, Father Richard Lawrence, whose parish served a large Black community. Father Lawrence recalled a statement made to him by a parishioner during the Holy Week Uprising in Baltimore in 1968.

Murdering Dr. King was just the last straw that nobody’s listening. I don’t know what to try next, but maybe blood flowing in the streets is what it takes. Maybe some of his blood with some of my blood flows in the streets, then maybe the man will listen. Maybe not, but I’ve got nothing else left to try.

(image source: The Great Uprising, by Peter B Levy)