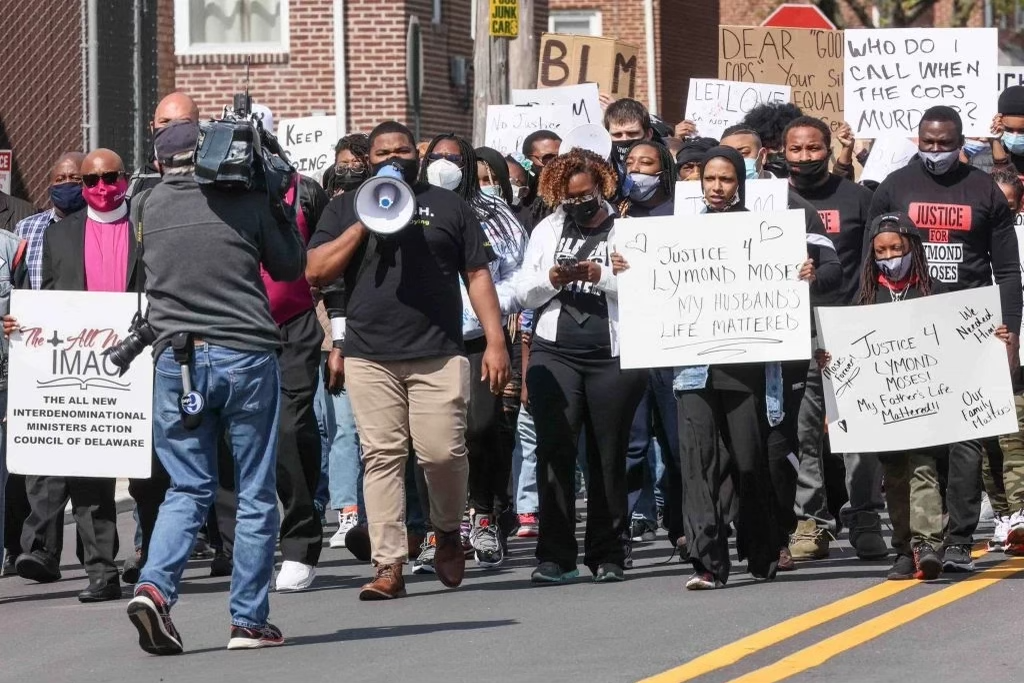 From 2005 to 2020, Delaware police officers shot 56 people, killing 30 of them. In January 2021, one more shooting–and one more death–was added to that list. Lymond Moses was taking a nap in his car in front of his mother’s home after a long day at work, and he ended up killed by police. Other Delawareans who police have shot include Jeremy McDole, who was in a wheelchair at the time, Yahim Harris, who was 18 years old when police put him in the hospital with several gunshot wounds, and Brandon Roberts, who called 911 for assistance with a mental health crisis.

A common denominator among those four men and every other person who has been a victim of a police shooting in Delaware: no officers were convicted of misconduct in any case.

Another common denominator: almost 50 percent of Delawareans who police have shot are Black.

Under current laws in Delaware, the public is not guaranteed any transparency in a police-involved incident. In fact, Delaware’s Law-Enforcement Officer’s Bill of Rights (LEOBOR) makes public access to police investigations nearly impossible. As a result, the public has no insight on why most of these 57 shootings have occurred, what could have been done to prevent them, or what disciplinary actions, if any, happened as a result of the investigations. Delaware’s LEOBOR statute is the worst in the nation for transparency, making the state a leader in police secrecy and protection.

Here’s what we do know: Delaware overpolices Black communities, using decades of tough-on-crime-era narratives to justify harsh policing tactics and increased police violence in these communities. We only need to look as far as our state’s history of mass incarceration to see this is true — Black Delawareans make up less than 25 percent of the state’s population but make up more than 60 percent of its prison population.

And look no further than Lymond Moses’ case for how over-policing can lead to more police killings. Officers claimed they saw a small amount of marijuana on the front seat of his car. Black Delawareans are over four times more likely to be arrested for marijuana possession than their White counterparts, despite volumes of social science data that show Black and White people use drugs at essentially the same rate. Yet, it would be hard to picture law enforcement conducting a similar stop of a White person sitting in their car in Hockessin, Pike Creek, or Bear. Overpolicing is the reality for most Black Delawareans.

Why do police shootings keep happening? Why are Black Delawareans disproportionately shot and killed? Because officers know they’re protected by LEOBOR, police union contracts, and a racist narrative that has served law enforcement for decades: Black people commit the most crimes and that police are responsible for keeping communities safe from those crimes.

This narrative is not true. An essential part of advancing police reform is recognizing the manipulative stories we’ve been fed and changing them to reflect the reality: overpolicing Black communities in Delaware is a direct result of systemic racism. Black Delawareans are not safe from the police, which are meant to serve and protect. And none of that will change unless we start taking real action to reform policing in our state, starting with increased transparency and accountability through LEOBOR reform.

Legislators, state leaders, and even law enforcement have all publicly recognized the need for some kind of reform to increase public transparency and accountability in policing. Yet, no meaningful steps have been officially introduced or implemented in almost a year of continued calls for reform from advocates, community members, and families of those who have died at the hands of Delaware police.

The window for meaningful action this year is closing, but it’s not too late to get it done. The General Assembly has an opportunity to introduce and pass legislation to reform LEOBOR before the legislative session ends June 30, beginning on the road to healing the deep distrust and harm created by current policing standards.

Delaware is ready for LEOBOR reform. Advocates call for it, Black communities are desperate for it, and lives depend on it. The time for task force meetings and inactive conversations is over. We need LEOBOR reform now.

Coby J Owens is the Chair of Delaware NAACP policing reform committee and organizer for The Delaware Campaign for Fair Policing. Read more from Coby Owens.