Legalization looked promising in 2015. What happened? 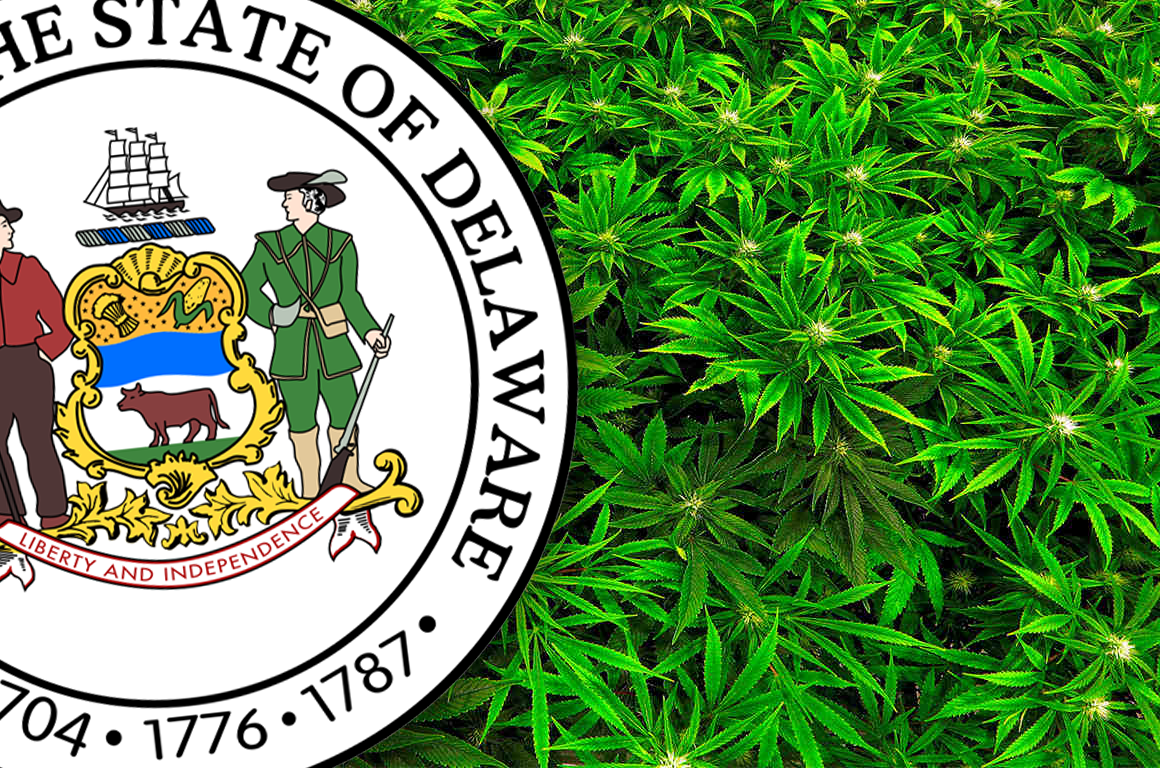 Back in 2015, the future looked promising for marijuana legalization in Delaware.

That year, the state’s outdoorsy governor, Jack Markell, signed into law a bill decriminalizing possession of under one ounce of marijuana. Medical dispensaries approved under the Delaware Medical Marijuana Act of 2011 were finally getting ready to open for business. Meanwhile, according to Gallup Polling, approval of legalization had reached record high popularity across the United States due to relaxed attitudes toward marijuana use among many young people and Democratic voters. By the end of the year, five states–Colorado, Washington, Oregon, Alaska, and Massachusetts–had approved of measures allowing for recreational use of marijuana.

Many were asking if Delaware might be next. But of course, the answer was always going to be no.

In the years since, even as support for legalization has reached new highs, marijuana legalization in Delaware has been mired in legislative stalemates. Party leaders have been reluctant to hold votes on legislation that would expand access to marijuana, despite Delaware being one of the few places where the Democratic Party enjoys a state government “trifecta,” or control of the governorship and a majority in both chambers of the legislature. Governor John Carney is “firmly opposed” to recreational marijuana, as is House Speaker Pete Schwartzkopf, a 25-year veteran of the Delaware State Police.

“I supported decriminalizing marijuana use–which is now the law–so people can use it in the privacy of their own homes, but that’s as far as I’m willing to go now,” Schwartzkopf said to Cape Gazette in June 2019.

Despite opposition from the Governor and House Speaker, numerous incumbent and incoming lawmakers have signaled support for marijuana legalization in the upcoming session of the General Assembly, and expanded Democratic majorities in both the House and Senate will improve the chances of passage for one or more bills reforming the state’s marijuana laws.

Here’s what to know.

In the Delaware General Assembly, bills have a two-year window to become law.

Legislators, elected in even-numbered years, are sworn in the following January when the next General Assembly convenes. The 151st General Assembly meets from January 2021 until the summer of 2022, during which time bills will be filed, read before the chamber, assigned to committees for hearings and investigations, debated, and for the lucky few, put on the floor for a vote. Any legislation not approved during that two-year window will die, meaning the whole process will start over after the election, at the beginning of the next odd-numbered year.

The most recent bill to legalize marijuana failed by just four votes in 2018. The bill’s sponsor, Helene Keeley, had championed the issue throughout her tenure in the General Assembly. Schwarzkopf and three other Democrats, including Earl Jacques, another former police officer, abstained from the vote, effectively sealing the bill’s fate.

When a revised legalization bill was reintroduced in 2019, it failed to reach the House floor for a vote.

Representative Ed Osienski promised to reintroduce the bill and predicts it will have enough support to pass. With expanded Democratic majorities in both the House and Senate, including an influx of young progressives who dethroned several high-ranking Democrats in the 2020 primaries, conditions appear more favorable for passage of a bill that expands access to legal marijuana through either the state’s medical program or by full legalization.

Governor Carney remains opposed to legalization, and the Democrats do not have enough votes to override his veto. However, will Carney buck the party? Even when Attorney General Kathy Jennings openly supports legalization?

Although the Governor has remained tight-lipped on the issue, statements by his communications manager, Jonathan Starkey, suggest the issue remains controversial.

“There are still unanswered questions, and he believes we should continue to monitor progress in other states that have legalized,” Starkey said in a statement to the Philadelphia Inquirer in 2019. Among the most pressing of those unanswered questions is how police will measure the psychoactive effects of marijuana on impaired drivers.

In that same article, Attorney General Kathy Jennings was much less equivocal: “I generally support legalizing marijuana as the logical answer to an outdated policy that has caused more harm than good, particularly in communities of color.”

After the 2020 elections, messaging from the Governor’s office was largely the same.

“He held two town halls on marijuana legalization earlier in his administration and has a lot of concerns about it,” Starkey said to The News Journal. “He also knows there are Delawareans who have a different view on this issue including new legislators and, as always, he’s willing to hear them out.”

Although Delaware legalized medical marijuana in 2011, the program quickly became mired in legal and administrative delays. During the Obama Administration, the Drug Enforcement Administration announced that the Federal government would continue to treat marijuana as a Schedule 1 drug, the same classification as heroin and ecstasy, even as more states pushed forward with decriminalization and legalization.

The resulting patchwork of conflicting state and federal regulations left both lawmakers and businesses confused. Dispensaries were slow to open, supplies were limited, and prices were high. The state’s first dispensary opened in Wilmington in 2015, four years after medical marijuana legalization, but Kent and Sussex counties remained without dispensaries until 2017.

Although additional reforms and new dispensaries have eased access to medical marijuana, barriers remain, says Zoe Patchell, executive director of the Delaware chapter of the Delaware Cannabis Advocacy Network in an interview on the Highlands Bunker podcast.

“The program that’s currently implemented here in the state of Delaware, even though we’ve had some incremental progress, creates this privileged system,” says Patchell. “A pay-to-play system where you need medical insurance to go to the doctors to get the medical records necessary to qualify for a medical card in the first place. Plus, the barriers to entry with the cost of an initial visit to your doctor for them to sign your medical cannabis application, as well as the cost for the card itself,” which is $50. It used to be $150.

“But the fact of the matter is, there’s a lot of people that don’t have the ability to go see doctors because of financial impediments and things like that,” Patchell continues. “So, it really does create this privileged system.”

Numerous amendments to Delaware’s medical marijuana laws have eased regulations, mostly by expanding the list of qualifying medical conditions. However, Patchell suggests these efforts have mostly been a distraction.

“Medical marijuana has given lawmakers an umbrella to hide under, so they don’t have to support legalization,” says Patchell. “It’s absolutely essential. We need medical cannabis, there’s no two ways about it. But medical cannabis doesn’t resolve issues surrounding cannabis prohibition and criminal justice issues.”

With full legalization, the only cost associated with accessing marijuana will be going to the dispensary.

Despite marijuana reform efforts, including a 2018 law that opened the door for expungements of criminal records, current laws and regulations still include Draconian consequences for possession of more than one ounce. One ounce is the typical amount for many marijuana users, especially those who prefer edibles, oils, or tinctures. Yet, even possession of under one ounce can still result in a misdemeanor fine, according to NORML’s guide of Delaware marijuana laws.

Possession of more than one ounce is likely to result in more serious fines and legal consequences, including incarceration. Growing marijuana remains illegal, as does the distribution and “manufacture,” which includes the distillation of oils and tinctures, a common practice.

In essence, even though Delaware decriminalized possession of marijuana, the process of acquiring marijuana remains a felony offense outside of the state’s medical-marijuana program.