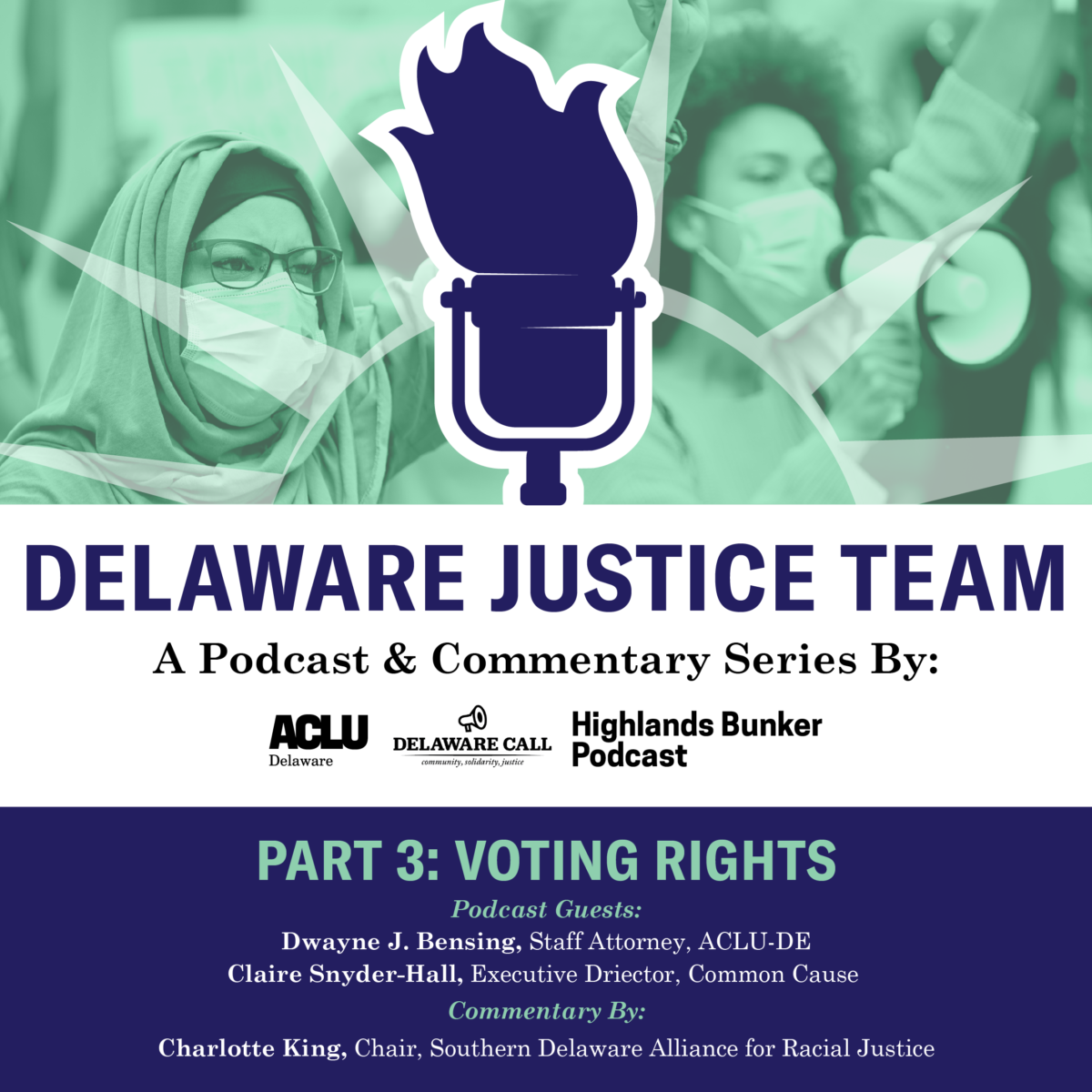 In April of this year, a new statewide coalition launched — more than two dozen groups representing Delawareans of all backgrounds — with one important goal: expand access to voting through legislative and policy changes. The Delaware Voting Rights Coalition is the first of its kind in the state, fuelled by advocates who have a fundamental belief in protecting the foundation of our democracy: the right to vote.

A coalition of statewide stakeholders focused on one issue is powerful. The Southern Delaware Alliance for Racial Justice is proud to be part of this movement, because we know that when we all work together, we can make change happen. But we must always take into account the will of our lawmakers, too. Our power is legitimate, but theirs is tangible. The General Assembly has the ability to decide the fate of every bill that’s introduced in our state, and, ultimately, they’re the ones that decide the fate of voting rights in Delaware.

The 151st General Assembly can strengthen our democracy by making a few critical changes to allow any Delawarean to cast a ballot by mail without an excuse, passing legislation to allow same-day registration at polling locations, and crafting a vote by mail framework that will ensure anyone can vote safely and securely from the comfort of their own home.

When the second leg of this legislative session begins next January, lawmakers must prioritize increased access to the ballot. Delawareans deserve nothing less.

HB 75, the second piece of a Constitutional amendment to allow no-excuse absentee voting, is a bill that just makes sense. Safe and secure absentee voting has existed for nearly 80 years in Delaware — our elections officials know how to ensure that every registered voter’s ballot counts, whether cast in-person, by mail, or at early vote locations. When we make voting more accessible, more people participate. For example, last year, when the General Assembly expanded access to absentee ballots in response to the COVID-19 crisis, Delaware saw an increase of over 15% in voter participation as compared to 2016.

Defending our democracy by protecting voting rights should never be a divisive issue. When all eligible Delawareans are able to cast their ballot safely and securely, in the method that works best for them, our state stands to thrive. The Southern Delaware Alliance for Racial Justice and the Delaware Voting Rights coalition urge the 151st General Assembly to make increased access to voting a priority for 2022. Delaware has an opportunity to be a beacon for democracy — why wouldn’t we want that?

Charlotte King is chair and founder of the Southern Delaware Alliance for Racial Justice. Read more from Charlotte King.