The ACLU of Delaware outlines its goals for next year’s legislative session. 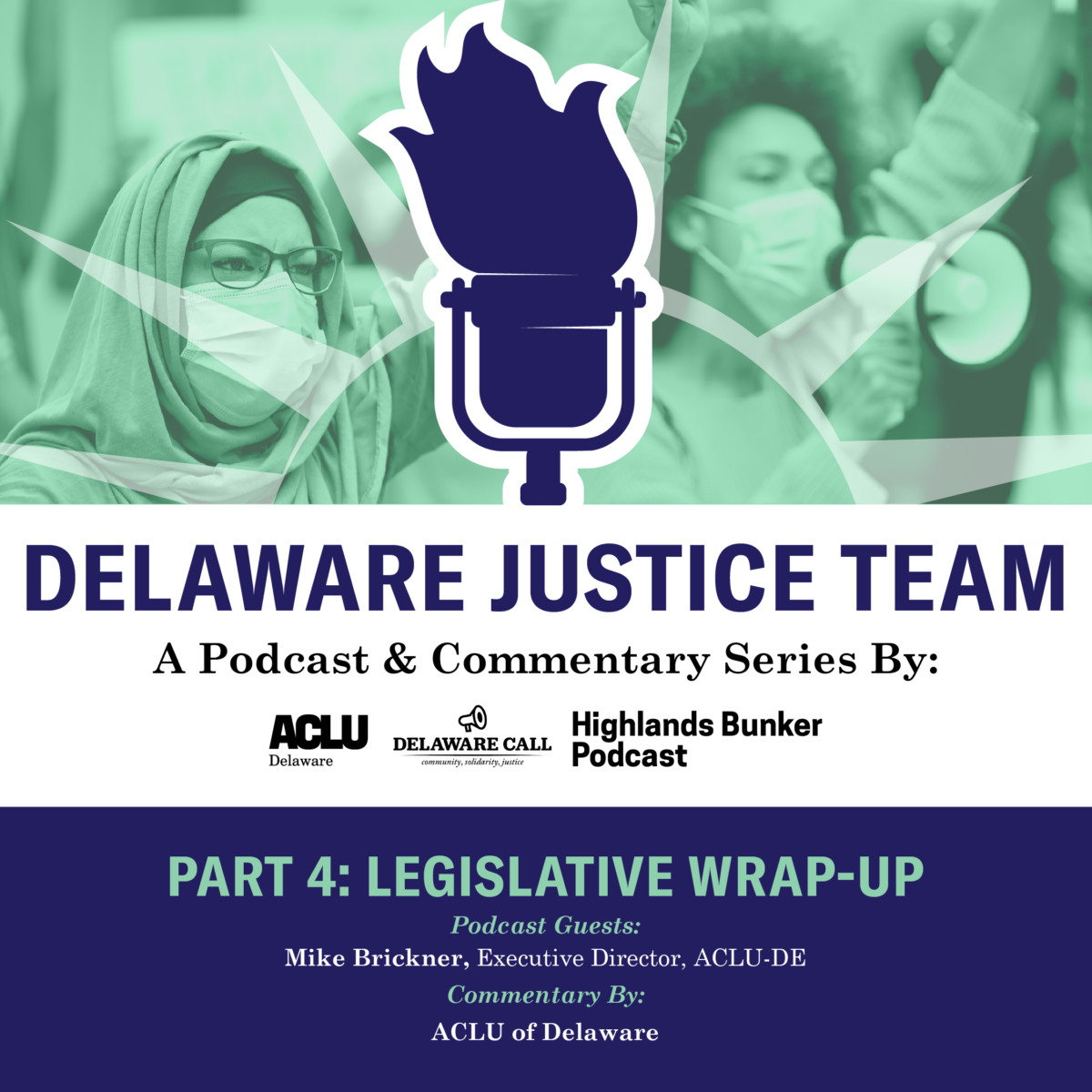 Imagine a Delaware where police departments have community oversight, officers are held accountable when they harm communities, voters have access to a ballot system that fits their needs, and tenants get a fair shot against evictions with the right to representation in court.

The 151st General Assembly has the opportunity to make all of these ideas a reality in 2022.

SB 149, the LEOBOR reform bill, is the most important step we can take toward real police transparency and accountability. The bill would remove the confidentiality clause from the Law Enforcement Officers’ Bill of Rights (LEOBOR) and make police disciplinary records public, while also enabling the creation of community oversight boards at a state, county, or municipal level. These boards will have the power to hear and decide police disciplinary matters, gather data about misconduct, provide reports of trends in discipline, make recommendations regarding policy/training, and issue subpoenas.

According to a recent poll, Delawareans overwhelmingly support the police accountability measures implemented by SB 149, but police lobbyists stalled this bill in June despite this support. The General Assembly must listen to Delawareans and pass SB 149 in 2022. Add your name to this petition, asking them to do just that.

Safe and secure absentee voting has existed for nearly 80 years in Delaware — our elections officials know how to ensure that every registered voter’s ballot counts, whether cast in-person, by mail, or at early vote locations. The challenges of the 2020 presidential election held during the pandemic underscored the urgency that Delaware needs to ensure vote by mail is permanently available to every voter who wishes to use it. But this common-sense voting rights expansion stalled this year, leaving us to fight to pass it when the General Assembly returns in January. Ask the General Assembly to support this bill in 2022 by signing a petition supporting HB 75.

SB 101, the right to counsel for eviction defense bill, aims to implement a statewide right to counsel for tenants facing eviction and establish protections that will help keep renters in their homes. Proposed protections include eviction diversion programs, establishing a minimum amount of debt over which a landlord can file for eviction, and allowing tenants to stay in their homes if they pay all debt owed to a landlord.

Delaware hit 18,000 evictions in a single year before the pandemic. With the threat of evictions looming post-state-of-emergency, this legislation will be vital to level the playing field between landlords and tenants. It will bridge the gap between the 86 percent of landlords who have representation in eviction proceedings and the mere 2 percent of tenants who have the benefit of representation. Eviction proceedings are hard to navigate, and no one should have to go through that alone. Ask the General Assembly to pass SB 101 in 2022 by adding your name to this petition in support of SB 101.

Delawareans shouldn’t have to imagine what life would be like with these protections in place. Our state should make basic civil liberties protections a fundamental part of our laws. We call on the General Assembly to prioritize and pass these three vital bills when they return to the legislative session in January 2022.

The mission of the ACLU of Delaware is to preserve and advance civil liberties and civil rights in the State of Delaware as enshrined in the United States and Delaware Constitutions through education and advocacy without consideration of political association. Read more from ACLU of Delaware.