An excerpt from “Battling the Prince: A Woman Fights for Democracy” by Claire Snyder-Hall (SUNY Press, Albany, 2021) 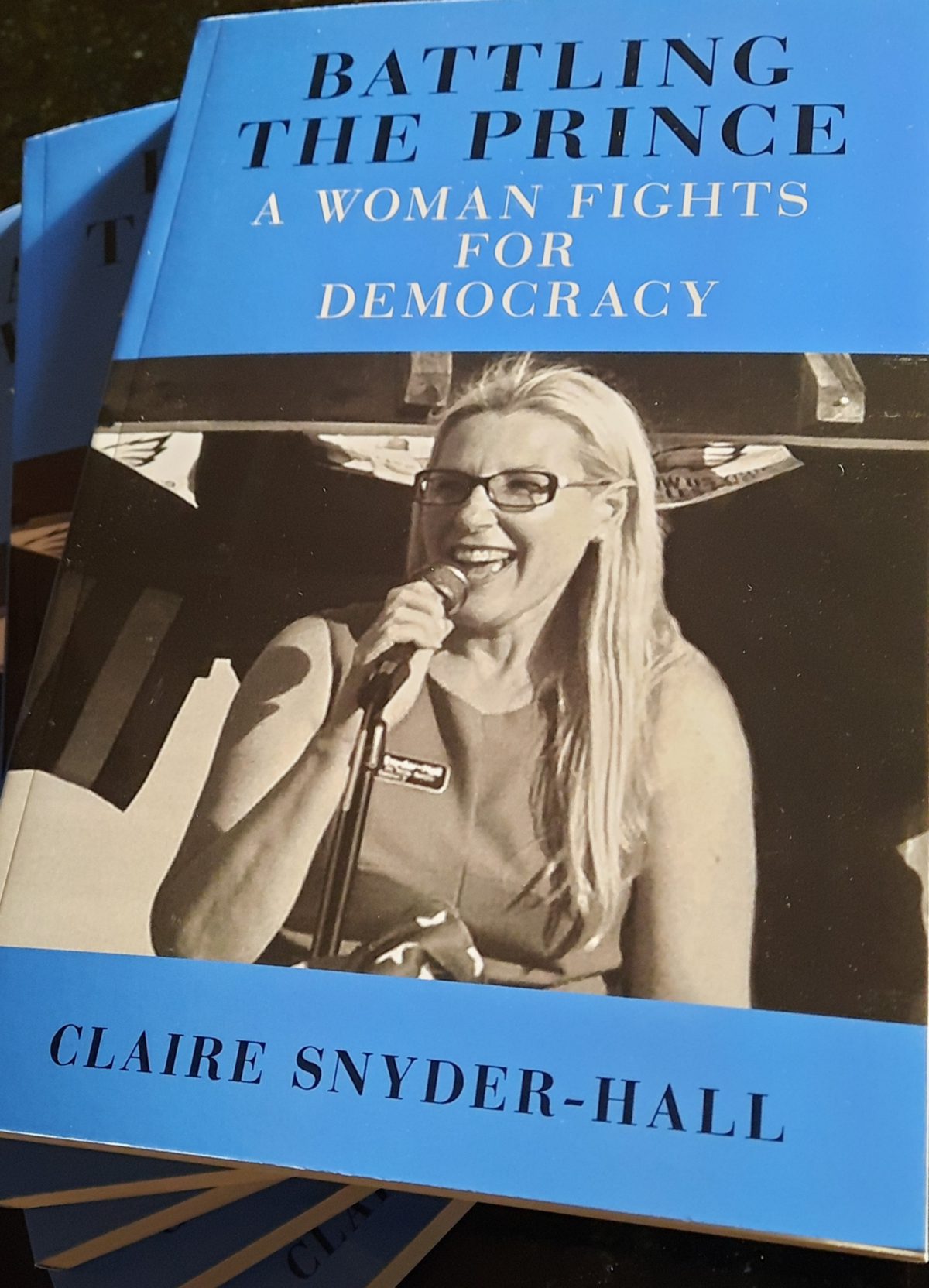 This has happened because the old system of things was not good, and none of us have known how to find a new one. And nothing brings a man greater honor than to establish new laws and new ordinances when he himself was newly risen. Such things when they are well founded and dignified will make him revered and admired.

-Niccoló Machiavelli, The Prince (1513), quotation from Chapter XXVI: An Exhortation to Liberate Italy from the Barbarians

Machiavelli’s 16th century treatise, The Prince, is commonly understood as a manifesto of absolute authoritarian power.  This is a widely held misinterpretation.  Machiavelli himself was a republican (small r), and believed that establishing trust and loyalty with the citizens was paramount for a successful leader.  Moreover, he argued that making changes and creating new durable systems would address widespread civic failures and ultimately bring glory and honor to the leader.

Yet implementing change is extremely difficult because people cling to their old habits. In the early 20th century, socialist theorist Antonio Gramsci addressed that challenge in The Modern Prince, a work inspired by Machiavelli. Gramsci recognized that the ruling class maintains its power not predominantly by force but by inculcating its values into the populace, which accepts them as common sense, as inevitable, as natural – a process he calls hegemony.

Claire Snyder-Hall’s new book draws on the insights of Machiavelli and Gramsci as she analyzes her experiences in Democratic Party politics. Part political theory and part memoir, Snyder-Hall’s book mixes political history and philosophy with personal stories describing her background and her time in academia, as well as her foray into political advocacy and her electoral campaign to unseat a local establishment politician.

In this passage, she recounts a conversation with an individual she believed to be a friend and supporter.  Anyone working in grassroots progressive politics in Delaware will be very familiar with the tropes and gaslighting she faced that evening at her “friend’s” farm.  The passage below illustrates the tactics employed privately by petty cliques of courtiers and minions to enforce social barriers to greater political participation. Gatekeepers like her “friend” help maintain the hegemony that reinforces the power of the ruling class establishment.

The following is an excerpt from “Battling the Prince: A Woman Fights for Democracy” by Claire Snyder-Hall (SUNY Press, Albany, 2021)

Thanks for having us over for dinner at the Farm. As you know I’ve decided to run for state
senate. I’m very interested in talking to you about the campaign and hopefully you will also run.
It would be great for us to run together!

Claire, we need to talk. You can’t run for office. You can’t win! Your opponent is
unbeatable. He’s everywhere!

Well somebody has to run against him. It might as well be me. I know it’s a long shot but the
campaign will be a good way to get our issues on the agenda. Are you going to run again? I think
you should.

I’m not running, and you shouldn’t either. Do you even live in this state?

What? Do I live in this state? Yes, of course! I’ve lived here for almost four years. You know
that! I worked on your campaign, you know, the year my dad died.

Claire, you can’t win. You don’t even know anybody!

What are you talking about? I know plenty of people! And anyway, that’s what a campaign is
for, to get to know people, to get your name out there.

Claire, we need a good candidate. You need to build your resume!

My resume? I need to build my resume – or I need to know more people? They are not the
same thing.

A lesbian can’t win in this district. You know what I went through.

Yes, the homophobia you experienced was terrible, but if I don’t run because I’m a lesbian,
then they win.

You have no experience.

You had no experience when you ran!

You should run for the school board first.

Yes, school board. Then later on you can run for Senate, once you get some experience.

I don’t want to run for school board. Besides, those are two totally different positions.
There’s no connection between school board and the state senate.

Yes, there is, Claire! That’s how things work. You run for school board first, then the senate.

That is not how things work. There’s no connection.

You… you don’t even have a platform!

I do have a platform!

What, Claire? What are you going to run on?

The progressive agenda! Like what? I hope you don’t think you are going to run on minimum
wage.

I support raising the minimum wage.

You can’t run on that! You’re crazy. The Chamber will never support you.

I don’t expect to get the Chamber’s support. That’s not my base.

You need to talk to people. Ask them if they think you should run.

I’ve already made the decision. The County Chair asked me to run, and I’m running. Maybe
you’re right, maybe I won’t win. But as I said, it’s not just about winning. It’s also about getting
the issues I care about on the agenda and building capacity within the community.

But I want someone who can win! I am going to find a good candidate to run.

What? You’re going to look for someone to run against me? Are you kidding me? After all
we did for your campaign when you ran?

A lesbian can’t win. You need to think about this. If you decide to run…

I am running! How many times do I have to tell you that? I am running! The decision has
been made. Are you saying you won’t support me?

If you make it through the primary, I will support you then. But I want a good candidate.

Next year? I was hoping you would support me now, perhaps by sharing your volunteer list.

No, absolutely not! Those people are personally loyal to me. They support me!

But you’re not running.

I haven’t decided. But I won’t share my volunteer list, and if I do decide to run, I will not
associate with your campaign in any way. We will stay totally separate.

Are you kidding me? How is that going to work when we are running for House and Senate
in the same district in the same party?

Claire, if you make it through the primary, I will support you then. I will campaign for you
and do whatever I can to get you elected. But not before that.

If I somehow make it through the primary, then you will support me … so next year…

Yes, but I want a good candidate to run.

I am a good candidate!

You can’t win. I know this is hard for you to hear, dear. You have no idea what it’s like to be
gay-bashed. It’s the worst thing that can happen to you.

No, the worst thing that can happen is being betrayed by a friend.

Claire Snyder-Hall has a Ph.D. in Political Science from Rutgers University and worked many years in academia. Claire is currently the Executive Director of Common Cause DE, a nonpartisan grassroots organization that supports building a strong democracy & holding power accountable. She is also the author of “Gay Marriage and Democracy: Equality for All.”