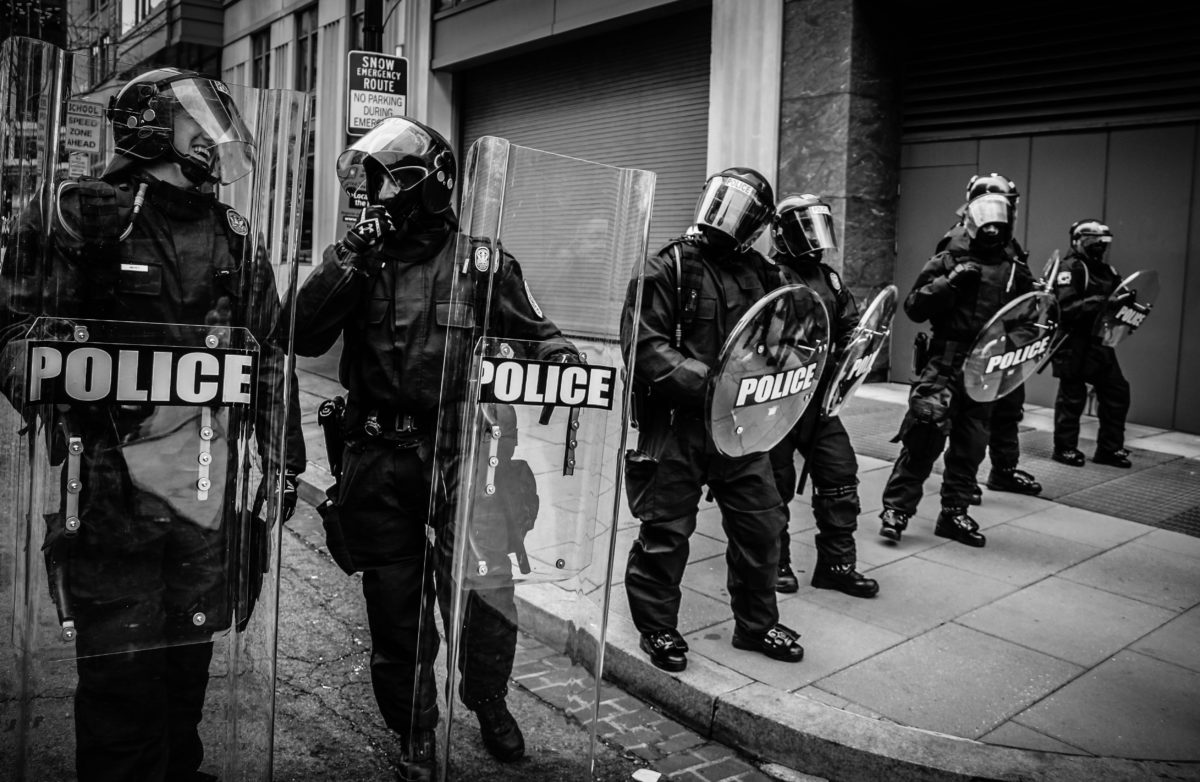 Police forming a line Photo by Spenser H on Unsplash

A recent Delaware News Journal article discussed police Chief Robert Tracy’s goals to increase the diversity of the police force. This goal, while part of the fuller picture of reform, does not address systemic issues in policing like the lack of transparency and accountability for police misconduct, which often targets Black and brown people.

The problems of policing go much deeper than lack of representation of Black people, people of color, and women in Delaware law enforcement. The core problem is that Delaware’s laws allow police to do whatever they want, whenever they want, to whomever they want. Historically, police departments haven’t had to consider whether or not they were operating in their jurisdiction or how violent or deadly their actions were when confronting someone. We’ve seen some legislative improvements here with SB 147 passed last year, but not enough, and not soon enough to save the lives of Lymond Moses or Jeremy McDole.

Allowing more women and people of color to join the oppressive system that is the foundation of policing will bring no additional accountability or transparency. And given the culture of police departments, these new recruits are likely to face harassment, be pressured to fit in with the system at hand, and punished if they speak up.

Having Kathy Jennings, a woman, as Delaware’s Attorney General did not help Lymond Moses’s family get the accountability they deserved, or see the officers who murdered Jeremy McDole held responsible.

Jennings said the police officers who murdered Kelly Rooks were justified in doing so, after they went to her home responding to a medical emergency call. Since the police involved were not wearing body cameras and killed the only other witness, we have no way of either confirming or disproving their side of the story. And I don’t trust the police.

Having a woman on the police force didn’t save the life of Botham Jean when she murdered him for being in his own apartment, nor the life of Daunte Wright after a policewoman with 26 years of experience killed him at a traffic stop for the heinous crime of expired tags.

Daniel Cameron is the Attorney General in Kentucky and a Black man. Kentucky was the home of Breonna Taylor before she was murdered by police officers completing a no-knock warrant while she was asleep in her bed. Having a Black man as the state’s chief enforcement officer did not save Breonna Taylor’s life. And it did not give her family accountability.

All systems have this flaw, from local states to nations. We cling to our idea of progress as diversity of power. We often ignore what the power is built on, how it is leveraged, and upon whom its knee is placed.

In our General Assembly, we have plenty of former police officers as elected legislators, with four Democrats and two Republicans proudly displaying their policing career in their legislative bios, and two more legislators with affiliation through the Police Athletic League. The three Democrats in House leadership all boast policing conflicts of interest – House Speaker Pete Schwartzkopf and House Majority Whip Larry Mitchell are both former police officers, and Majority Leader Valerie Longhurst is the current Executive Director of the Police Athletic League. Yes this group is “diverse” – it’s 33 percent female. But will this help us get transparency and accountability in policing? Or will Longhurst fall in line as she seeks acceptance by the system?

Given this group, it shouldn’t be a surprise that SB 149, the bill reforming the Law Enforcement Officer’s Bill of Rights (LEOBOR), has stalled. Especially when you consider that House Speaker Schwartzkopf is on record claiming that he knows what it’s like to be a person of color because he was poor, and that peaceful protestors should be held accountable for violence. He also lamented about how “they bypassed me twice to promote a person of color.”

Representative Frank Cooke, another former police officer and chair of the House Public Safety Committee, has also been an obstacle to increased police transparency. Does Cooke support the increased transparency that is proposed by SB 149? Or is he part of the group of people insisting that there be amendments to strip the bill of any meaningful change? The lack of any functional change out of the task force he ran would suggest he does not support transparency. Cooke wields a lot of influence on policing matters, and several legislators who are notably not co-sponsors on SB 149 have said they follow Cooke’s lead on policing issues.

Another Delaware legislator, Stephen Smyk, is currently one of several police officials named in a lawsuit for allegedly sexually harrassing a fellow officer who is a woman. I assume he will be adamantly opposed to any changes to the exceptional protections LEOBOR gives him and his friends at his previous department. I also don’t see how increasing the number of women in police departments is good for women when they are subjected to abuse from the very people in charge of ensuring safety.

With so many cops in the legislature, it’s expected that any meaningful change to policing legislation is met with stiff opposition.

I’m not surprised that despite multiple community calls with SB 149’s sponsors, where every community member on the call insisted they wanted the bill to pass as-is, with no amendments, we were still told “Thank you for your feedback; but amendments are coming anyway.”

One of these proposed changes would include police on the community review boards that the bill proposes. I’m sorry, what? Police already review themselves when they conduct their secret internal review process, the results of which are hidden from the public. And now they want police to also control the community review boards? What is the point of even more police review of their own conduct? Enforcing the law is an inherently violent and stressful role. We have seen how rare it is for someone in that role to be objective when reviewing their own actions.

The focus on increasing diversity in the police force absolutely should not take the place of meaningful moves to ensure transparency and accountability – moves that have been proven necessary to protect officers who are BIPOC or women from their coworkers once they join the force.

It’s notoriously difficult to find statistics on crimes committed by police officers. They are protected in many states by things like Delaware’s LEOBOR, or by policing unions that help police who are fired for misconduct in one precinct get rehired swiftly in another. When we do learn of misconduct from police officers, we learn of the women in policing who assault other officers, or the Black men who do similarly.

Ensuring our oppressors look more like us will not give us equity. It will not give us justice. It may slightly lessen the amount of abuse we receive, but given that Chief Tracy has had since 2017 to move the needle on diversity and has barely budged it, we certainly cannot rely on this strategy alone to protect us.

Between the time that SB 147, the bill restricting the use of force, was introduced and the day it was passed, Lymond Moses was killed by police operating outside of their jurisdiction.

We are out of time.

We need to pass important legislation like SB 149 to give us true transparency and accountability when it comes to police misconduct. And let’s be clear — SB 149 as it is written today is the bare minimum.

Anything less is just lip service.