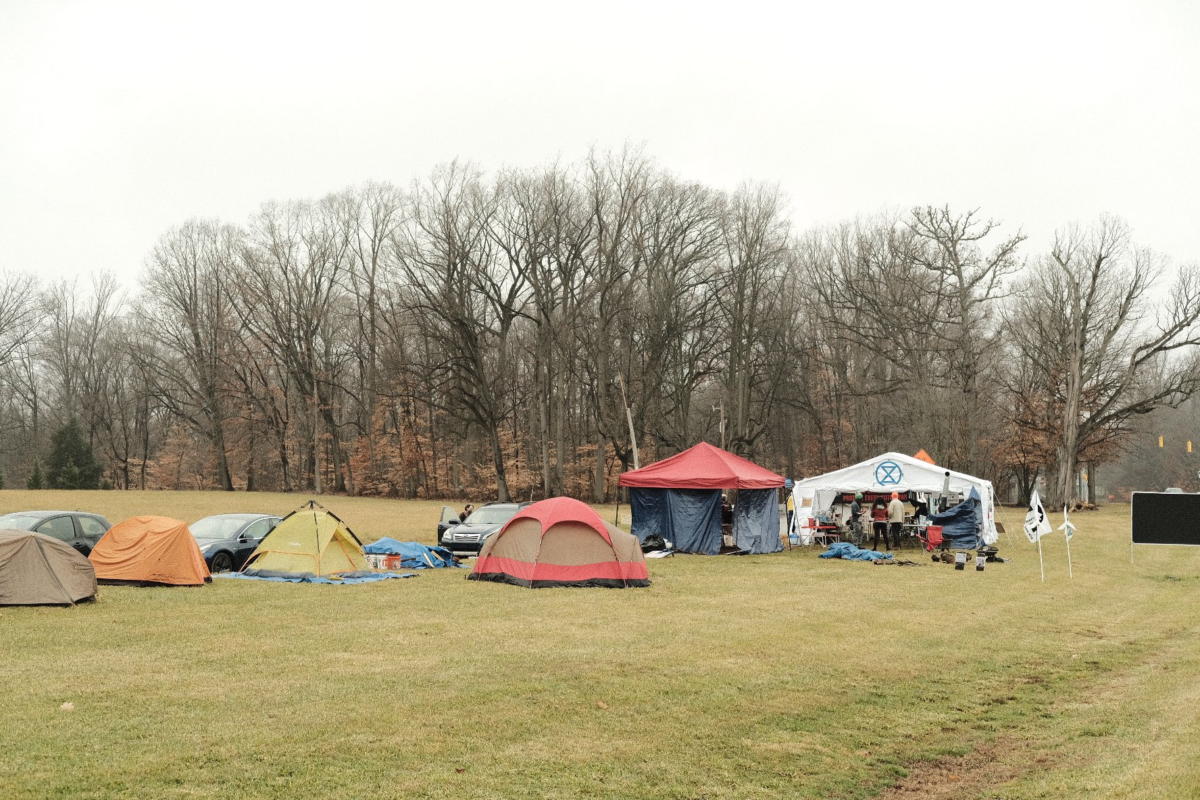 With President Biden at home in Wilmington, today the occupiers set up small vigils on both ends of his street closed down by secret service agents to prevent traffic from driving by the Biden home. We wanted to make our demands as clear as possible. Actually, rather than demands, I would say our moral plea. At one end another activist named Syd and I held placards reading: “Tell Biden: Declare a Climate Emergency!” At the other end of the street a sign implored: “Tell Biden: Halt all new federally permitted fossil fuel projects!”

As I drove to this event from my home in Norfolk, Virginia, I admit some misgivings. Feelings of impoliteness at the thought of figuratively knocking on the door, uninvited, of the home of a vacationing family to deliver this message. But then I thought of my own home in a Catholic Worker house of hospitality. People knock on my door and invade my space on a regular basis. People who know hunger. People who know what it is to live outside in the elements. People who have unattended injuries and illnesses and who know what it is to find a lack of welcome in most places.

Here, in one of the wealthiest countries on the planet, it is shameful that there is so much need. While I do often feel my space is “invaded“ by unplanned visitors, I try to be welcoming. I usually invite people in or at least sit with them on the porch. I try to practice compassionate listening, so as to acknowledge the humanity of the person at the door, even if I do not have everything they may need to integrate into the community.

I decided to give myself a pass on the politeness issue. If our occupation causes discomfort to anyone, that is not the worst thing that could happen to them. Rather, my hope for President Biden is the same as my hope for myself and for every single one of us in this country who supposedly has a voice and has some kind of democratic political agency. I hope our minds will be fully occupied by super tornadoes, heat domes, out-of-control wildfires, submerged bread baskets, and super-hurricanes.

We must not turn our eyes or our hearts away from the pain caused by increasingly chaotic weather patterns. We must face the changes that have already occurred and will not be undone.  We must accept that they are caused by fossil fuel extraction. This reality is causing harm to many, many people on the planet and threatens the future of all life. We must not look away from the truth that our country needs to take bold action to stop things from getting worse.

Science tells us if we don’t draw down the carbon and methane greenhouse gases blanketing our atmosphere, climate chaos will only worsen. I hope President Biden thinks about this every time he looks into the eyes of his grandchildren. I think of it every time I look at my two sons.

This afternoon, our occupy community again welcomed more young people. We sat in a circle and tried to use compassionate listening with each other.  We focused on the theme of a just transition away from fossil fuels. What will that look like? One member of the circle wondered if it is just too late to stop ourselves from depending on an economy which takes from the earth much more that it gives back? That perhaps the earth would be better off without humans.

Another young person articulated their vision of a society re-configured not on hierarchy or one group dominating any others to one based on mutual aid, mutual learning and on care for creation and for each other.  Another shared word of their attempts to heal land and human bodies by growing food according to ancient indigenous agricultural practices and brought yummy cranberry cider to share.

Kim Williams has been a 32 year member of the Catholic Worker community in Norfolk, VA. She is mother to Daniel and Martin, who have taught her the importance of listening to young people and not looking away from their climate angst. Read more from Kim Williams.