While several states and the town of Seaford attempt to roll-back abortion rights, Delaware should expand services 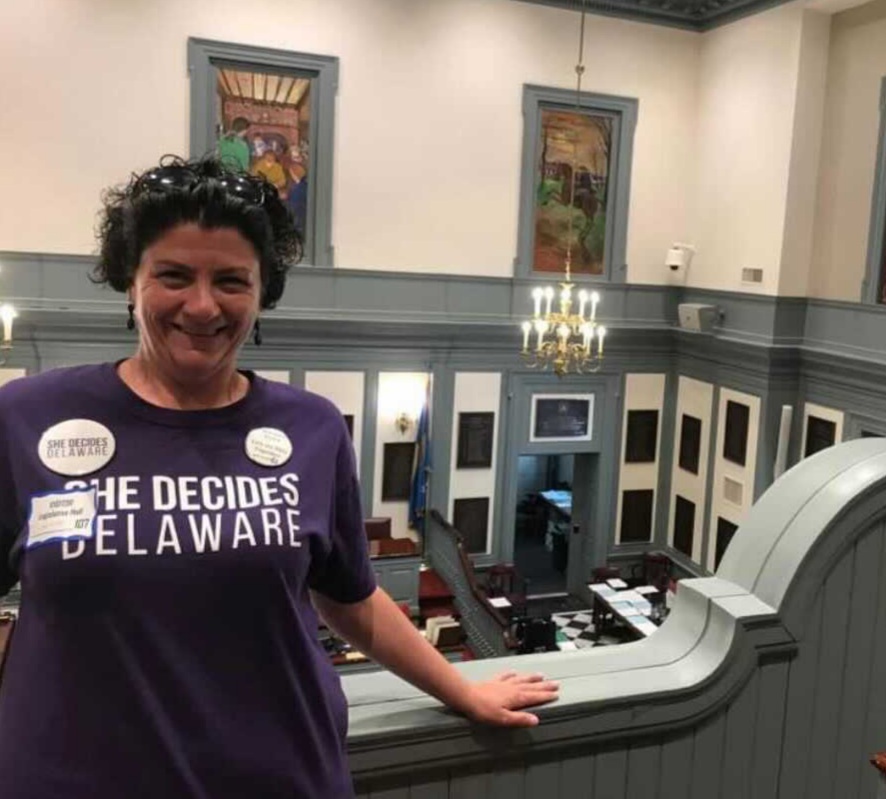 “You had better seriously think about your life and what you are going to do.”

These are the words I heard from my mother in January 1992. She had found prenatal vitamins in my drawer and information on open-ended adoption. She had figured it out. I was pregnant, 19 years old, a freshman in college, and completely lost and confused as to what to do.

I couldn’t possibly consider an abortion. At the age of 16, I went with my catholic high school to the March for Life in Washington, DC. I’d be a hypocrite. Yet here I was almost 10 weeks along and never had a gynecological exam in my life. But the plus sign on the stick told me all I needed to know. I was pregnant by my boyfriend of two years who had broken up with me to see other people. I assumed ones that weren’t pregnant.

I was furious he had the opportunity to do nothing and live life as if nothing had changed. While for me, everything had. I knew without a doubt I was not ready to be a parent. I was not sure I ever wanted to be a parent.

So that morning when I went downstairs, my mother was waiting.  I could tell she was distraught. She talked about my future and reminded me that this was my decision, but her advice would be to have an abortion.

She said the year I was born was the year abortion was legalized.  My mom had fought hard for women to have this choice. She confided that she considered it with me as she already had three children, the youngest with special needs. She made her choice and now it was my turn to make mine. She said whatever I did she would support me, but she wanted me to seriously consider an abortion. So I did.

My mother was by my side from start to finish. She made an appointment with a Gynecologist to confirm I was pregnant and how far along. The doctor was a white man in his 60s. The entire experience was frightening and foreign to me.

He informed us I was indeed 10 weeks along and had only two weeks before I would be in the pregnancy’s 2nd trimester so I should make a timely choice. I said, yes, I wanted to have an abortion.

He talked about anesthesia and what I would feel physically and my head was spinning. The next week I had the procedure.

I share this very intimate story because it is my journey and it was my choice. I have never thought it was the wrong one for me. I moved on with my life and have thrived professionally. I married an amazing person, who made me a step-mom.  My reality could have been very different. Reality will be different now across the United States for so many women who may not have the same opportunity I did.

The decision to have an abortion is a very personal one and for most, it’s an incredibly difficult one to make. However, it is a choice every woman should have if she finds herself in that difficult situation. No one else should be able to put up barriers when it comes to a woman’s decisions regarding her own body and her own life.

At the national level, a woman’s right to choose is under threat. The United States Supreme Court is considering a Mississippi law that would ban abortion at 15 weeks. The current status of a woman’s right to choose is more at risk now than at any time since Roe v. Wade became law in 1973.  For my entire life, the right to have an abortion has been available and the idea that could not be available for my daughter and nieces is mind-blowing.

In 2017, the Delaware General Assembly codified Roe v. Wade in anticipation of the moment we are in right now. Donald Trump had just been elected and quickly appointed the first of three conservative supreme court justices. I was there in the balcony of Legislative Hall that day with many other women sporting my purple planned parenthood “She Decides” t-shirt.

Delaware, however, must go further.

We need to support the choices of all women, including those under the age of 18. We need to allow state Medicaid funds to cover abortions. We need to expand abortion providers to include nurse practitioners and advanced practice nurses. We need to address the danger of pregnancy crisis centers whose only mission is to discourage women from choosing abortion as opposed to educating them on all the options available to them.

This Tuesday, emboldened by the cases currently playing out at the national level, the Seaford City Council passed an ordinance that establishes a process for the “dignified” disposition of fetal remains from abortions performed within the City of Seaford. Make no mistake, the intent of this ordinance is to shame and stigmatize women who choose to exercise their legal right to an abortion.  We must overturn this law and make clear that we will not tolerate an assault on a woman’s right to choose in any jurisdiction in our state.