Those were Thomas Paine’s words, published in 1776. They still ring true today. 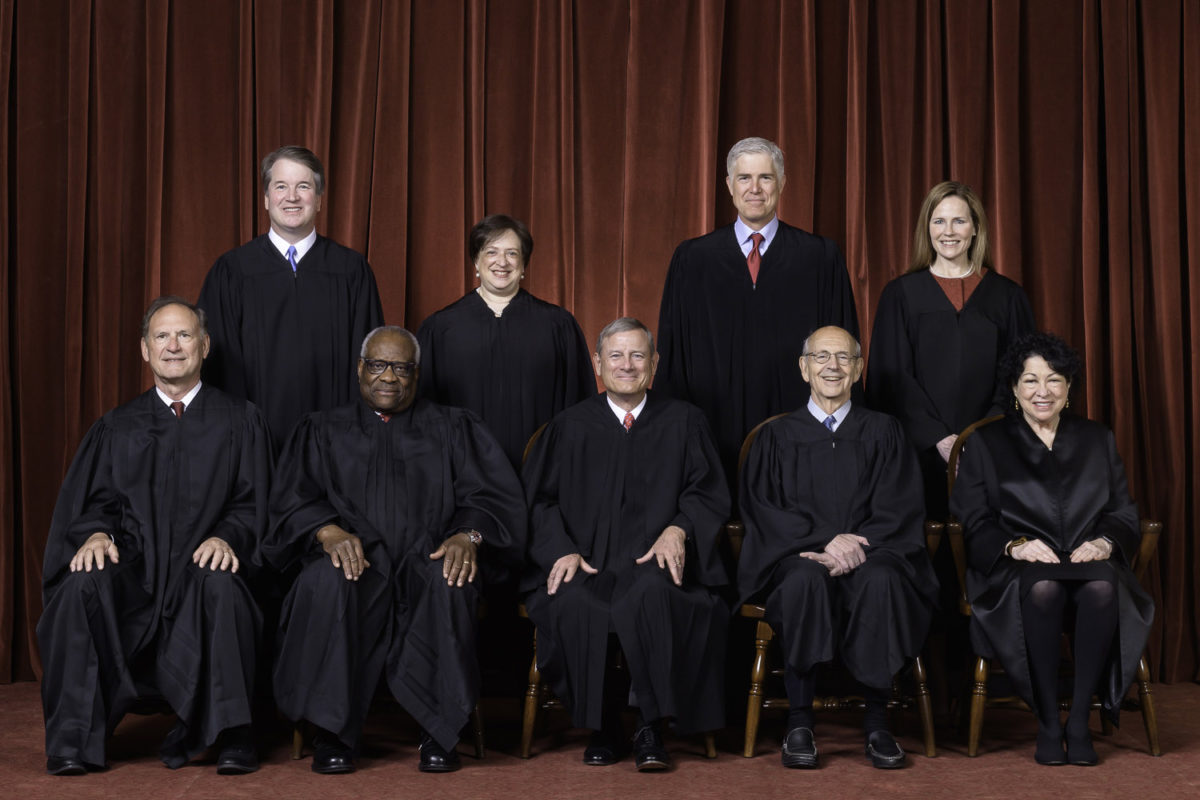 We live in dangerous times. Right now we face a constitutional predicament of alarming consequence. As Robert Kagan so astutely observed: “The United States is heading into its greatest political and constitutional crisis since the Civil War, with a reasonable chance over the next three to four years of incidents of mass violence, a breakdown of federal authority, and the division of the country into warring red and blue enclaves.” What to do?

One answer: we need to wage battle in the federal courts.  While that fight must continue, there are many signs that the measure of relief needed will not come from those courts as presently constituted. Merely witness how the Roberts Court manages its shadow docket and how it handled the Texas abortion case. Meanwhile, the conservative Justices speak ever so disingenuously about the need to depoliticize the law while one of the Court’s liberal members preaches a similar gospel oblivious to reality.

As in the past, we must rally around the First Amendment and exercise those freedoms than can change minds and prick the conscience of a nation. While the spirit of that ethos is hope, and while political dissent is vital to any democracy in the throes of a crisis, one wonders if yesterday’s ideal of free speech freedom is enough to save us in today’s world.

Let us not speak falsely: we are witnessing troublesome failures in the marketplace of ideas. Truth lacks currency. The past five years have made it shockingly clear that no fact is secure in the face of the worst kinds of political demagoguery shamelessly echoed by cowardly politicians. Our electoral process is fraught with chaos thanks to baseless attacks grounded in political bias rather than in electoral facts. The result is the emergence of an anarchy hostile to democratic rule unless it comports with the wishes of demagogues. In such a world, truth is bum-rushed out of the marketplace of ideas.

At a time when climate change threatens all life on the planet, the fact of its existence is routinely denied owing to a fossil fuel mindset beholden to corporate avarice and political gain. No matter how disastrous the floods or fires, the reality of it all is dismissed as false. Meanwhile, attempts by the press to expose such lies and reveal the truth are branded as “fake news.” The mind-boggling success that such ploys have had on so many fronts, ranging from climate change to social justice, is frightening.

This failure of truth in the marketplace is compounded by the workings of the modern technologies of communication . . . or what we call social media. The Internet was once hailed as the savior of free-speech democracy – recall Reno v. ACLU (1997). Twenty-four years into that experiment in freedom, however, there is ample reason for concern. When endless and knowing falsehoods, supercharged by algorithms, pollute social media platforms and when political leaders use such platforms to perpetuate lies and censor their critics, there is warrant to reconsider First Amendment thinking. The problem is even worse when the captains of communication (the owners of the social media platforms) aid and abet in the spread of falsity for commercial gain. And let us not forget those captains who oversee political truth as it is preposterously offered up on cable TV.

The word existential is bandied about much these days. Like a gazelle frantically fleeing hypercarnivores, a certain anxiety fills the air as political life in America becomes appallingly absurd. There is a collective sense of dread and disorientation. We are left seemingly helpless in the face of it.

If tomorrow holds little promise, it is because there is upon us an overreach that is neither beholden to law nor to justice; and it abhors any checks on its power. It feeds on lies to build its base and terrify its opponents. A disturbing normalcy has overtaken us as yesterday’s absurdities have become today’s standard fare. Worse still, the specter of an even more emboldened tyranny is only an election or two away.

It is said that the founders had an Enlightenment faith in the First Amendment, a hope in the value of dissent, and an abiding optimism of how its five freedoms might buttress electoral democracy. In these ways, they were not existentialists. Though they appreciated the dangers of demagoguery, their cures to quell its force seem antiquated in post-modern times.

Take heed: Now is not the time to take refuge in worn out cliches or remain oblivious to the enormity of the crisis confronting us. Though the risk is great, now is the time for the American Civil Liberties Union to help in the fight to save all we hold dear. In the spirited and fighting words of the Bard: “Then will [she] strip [her] sleeve and show [her] scars. And say ‘These wounds I had on Crispin’s day.’”

Ronald Collins is a retired law professor and author and co-author of several books on constitutional and First Amendment law. He is the editor of First Amendment News, is on the editorial board of SCOTUSblog, and is co-chair of the First Amendment Salons. He lives in Lewes, DE. Read more from Ronald K.L. Collins.