Company that employs formerly incarcerated Delawareans and its managing partner, Ajit George, are accused of failing to live up to agreement. 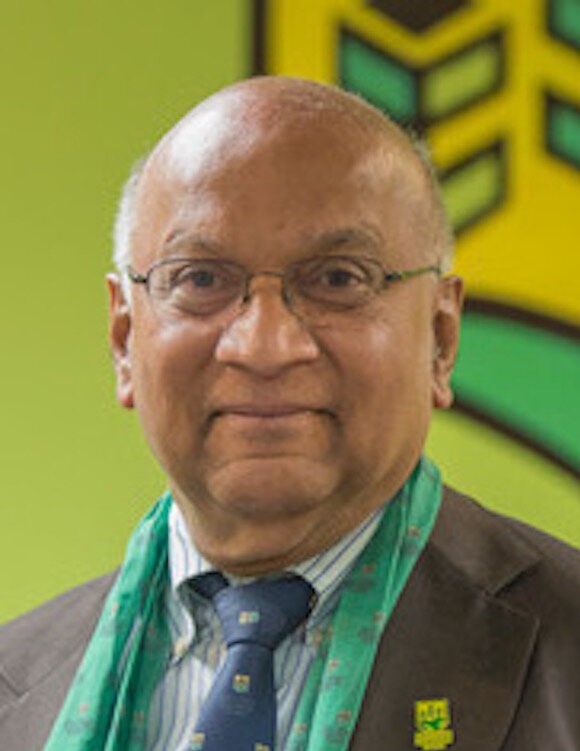 The Wilmington-based partnership that marketed dry spice blends to commemorate the inauguration of President Joe Biden and Vice President Kamala Harris has turned bland, according to a new lawsuit filed in Delaware Chancery Court.

Obis One, an organic black garlic producer formerly of Virginia, had inked a partnership deal with Wilmington’s Second Chances Farm (SCF) in the autumn of 2020, the court documents state. In December of that year Obis’ owner, Patrick Lloyd, closed his farm in Virginia, sold his home there, and moved his operation and residence to Wilmington.

SCF is an indoor hydroponic commercial farm which employs previously incarcerated Delawareans on its staff.

The Opportunity Zone designation, as described on the IRS website, affords a business or individual significant capital gains tax avoidance if investing in a venture that could, “spur economic development and job creation in distressed communities.”  The tax breaks increase over time.

Ajit George, the founder and managing partner of SCF, is described on its website as a “serial entrepreneur, veteran author, philanthropist and certified Dream Builder™ Life Coach who divides his time between Wilmington, Delaware and Virgin Gorda” in the British Virgin Islands.

This isn’t the first time one of George’s business schemes has been embroiled in controversy.  In November 2015, the News Journal reported that the now defunct MidAtlantic Wine + Food Festival, which was founded by George and for which George was a board member, “struggled to pay its bills, boost attendance, keep expenses in line and set aside money for charity.”  Administrative issues and event management problems plagued the organization, leaving both sponsors and participating groups unsatisfied. At least one restaurant owner complained he was owed $3,300.

Under the agreement between George and Lloyd, SCF’s Eastside facility would be outfitted to Obis specifications to transfer the black garlic operation there and Lloyd would be retained as an independent contractor to manage the joint venture for a salary of $6,000 per month.  (This sum was later adjusted to $3,500 per month with $2,500 in additional rental assistance, per documents.)

According to the lawsuit the partnership quickly deteriorated.  The upgrades to the indoor facility stipulated in the agreement, HVAC specifications, wall height and overall space requirements were not met, the lawsuit says.  It is alleged that these deficiencies threatened production and potentially USDA Organic certification.

The suit also alleges that George only paid Lloyd two months of rental support and no salary while George managed the venture unilaterally, going so far as to access Obis’ financial records on Quickbooks, access Obis’ customer lists and make himself administrator on the Obis website, all without consulting Lloyd.

While the suit claims that Lloyd developed the “No Malarkey” and “Fearless Fusion” speciality dry spice blends, which did gross sales of approximately $20,000, Lloyd received neither part of the proceeds nor cost reimbursement for the work and materials.

In an email to the Delaware Call, George denied the allegations and called the lawsuit “frivolous.”  He said he plans to file “a counterclaim against the plaintiffs in due course.”

According to a January article in the Delaware Business Times, George and Lloyd are old friends.  Lloyd was previously a teacher at William Penn High School in New Castle.  The lawsuit claims that the majority of Lloyd’s personal furnishings are stored at George’s Wilmington home and that Lloyd has been denied access to his belongings.

The lawsuit, filed in Delaware Chancery Court on September 7th, requests, among other items, the return of personal and intellectual property to Obis/Lloyd as well as recovery of costs and damages.