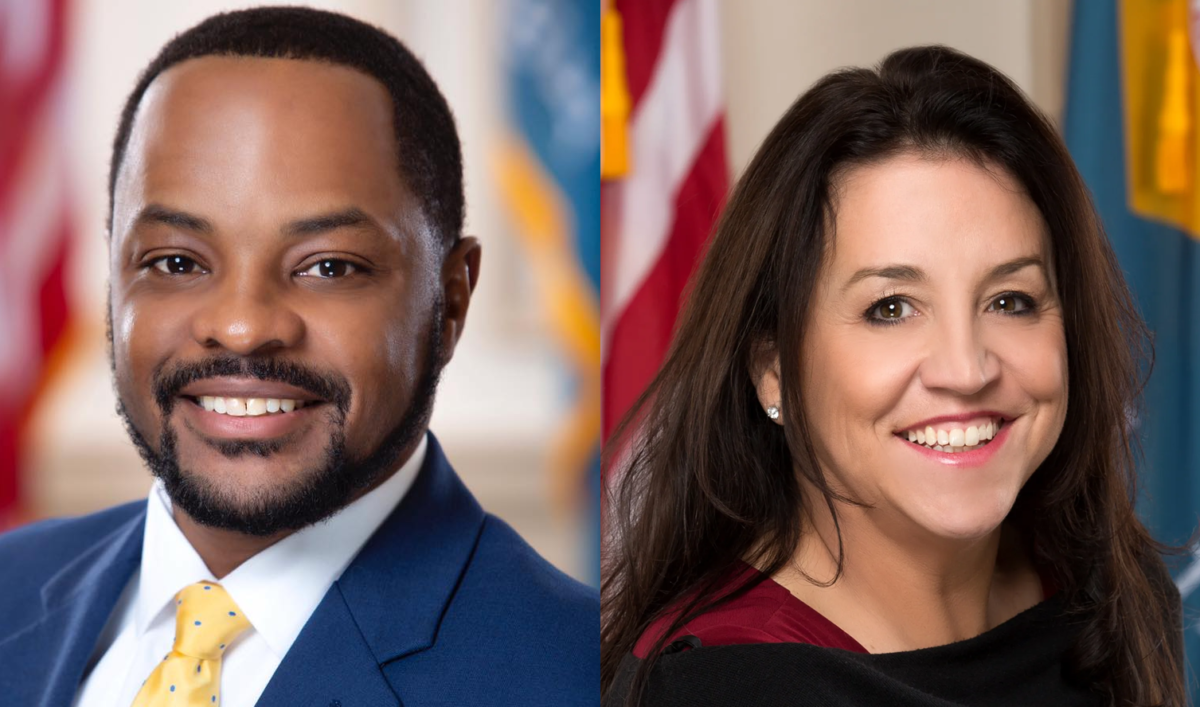 Last week state Senator Darius Brown was arrested on charges of offensive touching and disorderly conduct after police claim he punched a woman with whom he was dining at a North Wilmington restaurant and threw a water glass, breaking it, before leaving the establishment.

Brown turned himself in to the Delaware State Police a few days later.  The State Police issued a press release including Brown’s booking mug shot and held a press conference regarding the incident.  The local media accordingly ran the police narrative and many outlets included the mug shot.  DelawareOnline had to subsequently add this editor’s note exposing the fact that they had simply reported exactly what the police gave them:

This story has been updated to reflect the correct date. Delaware State Police initially gave an incorrect date for the incident in a press release.

The story was picked up by the Philadelphia affiliates of NBC, ABC, CBS and FOX,  All duly ran the mug shot as well.

On December 19 of last year, state Representative Andria Bennett was arrested by Delaware State Police after a domestic dispute at a holiday party in her neighborhood.  She was charged with third-degree assault.  The state police did not issue a press release or booking photograph.  No press conference was held.  The intrepid reporters at the Delmarva NBC affiliate WRDE reported the story first, catching larger Delaware media on the back foot.

All the coverage of the Bennett situation simply included her professional portrait from the Delaware General Assembly.

On Thursday of last week, Senator Brown was stripped of his position as Chair of the Delaware Senate Judiciary Committee.  In reporting this story, WDEL saw fit to run the mug shot once again.  Thursday was also the day it was reported that the charges against Andria Bennett from December’s incident would be dropped.  In reporting this story, WDEL ran once again Bennett’s professional photograph.

Why would the Delaware State Police only provide the press a statement with a mug shot on Brown, an elected official charged with similar misdemeanors to Bennett’s, but attempt to keep the Bennett matter private (to whatever extent that was possible)?

The new Democratic leadership in the Senate took swift action in sanctioning Brown.  While Senate Democratic leader David Sokola reiterated the fact that Brown is presumed innocent in this criminal matter, having him serve as the head of the Judiciary Committee was untenable.

Brown has previously faced scandal when it was reported in 2018 that he had a significant amount of delinquent federal tax.

Bennett also has unprofessional and questionable behavior in her past.  She has faced accusations of nepotism and adultery.  She has received no professional sanction after her arrest from the leadership in the state House, which includes House Speaker Pete Schwartzkopf and Majority Whip John (Larry) Mitchell, both retired police officers.

The response to these very similar incidents was very different.  The police handed the fodder to bombard Brown to the media on a silver plate and they duly beamed it out across the greater Philadelphia metro area.  The police kept the Bennett case close to the vest until it was discovered by a small eastern shore affiliate.

The retired police who run the Delaware House of Representative take no action and wait till the story blows over.  The leadership in the state Senate feel compelled to take some responsibility and remove a Senator from a prestigious committee appointment.

There’s a system at work here.  It’s not totally invisible, but it’s not obvious either.  The fact that Darius Brown is a Black man from Wilmington and Andria Bennett is a white woman from the Dover area who is the daughter of John Viola, who served in the state House for 21 years, and the spouse of former state representative Brad Bennett, could be entirely coincidental.