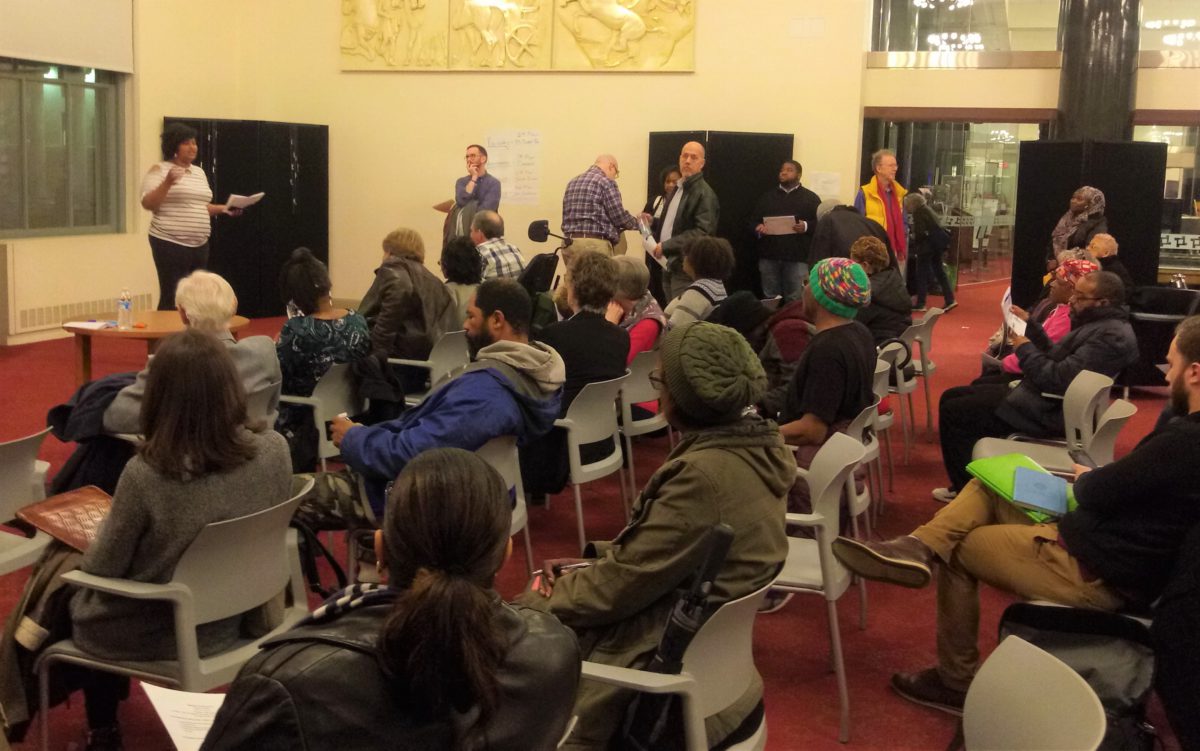 The H.O.M.E.S. campaign in Delaware sits at the center of the growing housing epidemic, driven by decades of regressive and discriminatory policies and exacerbated by COVID-19. The core beliefs of H.O.M.E.S. are built on viewing housing as a human right and focus on the rights of the people living in communities. Leading these efforts are community organizer Shyanne Miller, University of Delaware Assistant Professor Ann Aviles, and Wilmington activist Christian Willauer.

These values led organizers and volunteers with H.O.M.E.S. to be highly involved with Wilmington City Council’s efforts to pass the latest iteration of the “Blight Bill,” which was passed in February and becomes effective July 1st of this year. The Blight Bill had previously been introduced, rejected, and rewritten several times over recent years. Its latest iteration will impose immediate fines and fees onto landlords of inhabited buildings that hold one or more code violations.

To hear more about how the current version of the Blight Bill will work and the full H.O.M.E.S. Campaign response, you can view a recording of their recent info meeting here and hear directly from Miller, Aviles, and Willauer.

The Campaign’s main critiques of the bill, according to Miller, revolve around the lack of consideration for the tenants themselves. For one, the bill doesn’t distinguish between livable code violations (such as uncut grass) and unlivable ones (such as a broken heater). For another, there is no allowance for the time it might take a responsive landlord to procure a contractor. The $250 fines per violation would be assessed weekly and could add up quickly. Both of these issues may contribute to higher eviction rates for tenants, as unpaid fines and fees can be added to a lien against the property, leading to that property being seized by the city itself or sold in a sheriff sale.

So what should be done, now that the Bill has passed and will take effect this summer?

H.O.M.E.S. proposes that, at a minimum, two amendments are part of this bill: limit the fines to code violations that directly affect “Major Health and Safety,” and add a due process that allows reasonable timelines for landlords to address those violations.

The Campaign also continues to ask the question: Are the Blight Bill’s methods going to achieve the end goals of protecting tenants and creating more housing stability in Wilmington?

Decades of research exist tying housing stability to every indicator for positive health, education, and economic outcomes. Conversely, we have seen cities across the United States introduce various “blight bills” over the past decade to detrimental effects. Most of these have focused on penalizing landlords, and even homeowners, rather than empowering the people living in their own communities.

In Pennsylvania, a blight bill targeting ruined houses encouraged evictions. In Baltimore, homeowners can be displaced due to opaque regulations around tax bills and required home repairs. In Pittsburgh, we see an even starker story of displacement. The city of Pittsburgh took hundreds of vacant properties after assigning fees and then repossessing properties with heavy liens against them — a dynamic that is possible with Wilmington’s Blight Bill. But the city of Pittsburgh is not liable to pay the same fees, so ironically, the city itself does not have this same punitive motivation to fix its dilapidated buildings. So the buildings remain uninhabitable.

Surely, these results are not goals of Wilmington City Council.

What should the goals of legislation be? The H.O.M.E.S. campaign argues they should be ensuring affordable housing, ending homelessness, and paving pathways to homeownership for its citizens. These are reflected in the goals of the residents of Wilmington themselves.

Even though this final iteration of the Blight Bill has passed and will be official come July, these dreams will still need to be realized for much of Wilmington. The H.O.M.E.S. campaign is only just getting started in their push for housing justice state-wide. They are talking to tenants, homeowners, and landlords. They are listening to people who have just been released from prison and are struggling to find housing and those who are newly homeless due to the Covid-19 pandemic. They’re pushing for a tenant’s right to counsel and more localities to adopt a “fair chance ordinance” to protect victims of the criminal justice system.

The people who require housing justice in Wilmington––and all of Delaware––are many and growing in number. Let’s start listening to their stories.

Get involved with H.O.M.E.S. Campaign

Learn more about the Blight Bill and H.O.M.E.S’ proposals to improve it

To hear more about H.O.M.E.S’ Phase 1 approach to addressing our housing crisis, you can watch this recording of a recent meeting on Blight Bill’s proposal compared to their alternatives. Organizers discuss the Blight Bill for the first 25 minutes and then discuss ideas from Wilmington residents and their campaign’s Phase 1 outline.

To learn more about Wilmington’s Department of Licenses & Inspections, which governs housing and would be responsible for levying the fines and fees as stipulated in the Blight Bill, visit their page on the city’s website. This page also contains information about current programs and fines and fees.