Covering I-95 only solves part of the problem 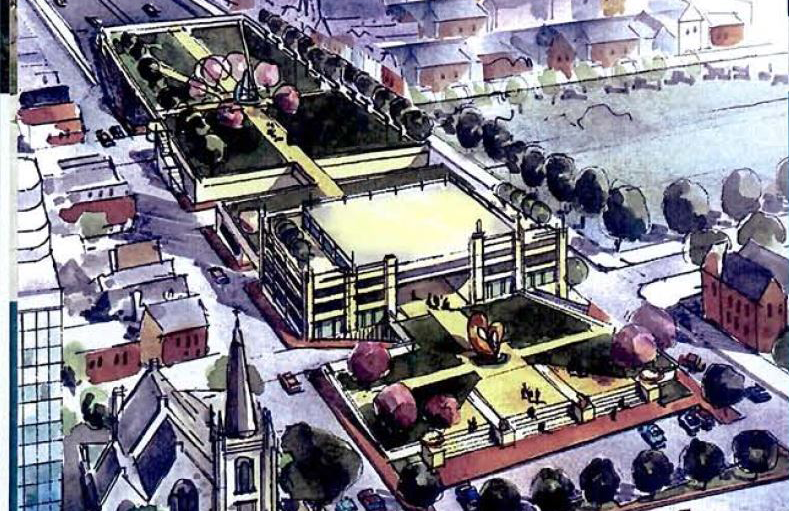 On March 14, 2021, numerous elected officials representing Wilmington, Delaware, sent a letter to Department of Transportation Secretary Pete Buttigieg, urging the infrastructure whiz-kid to consider their proposal for a “cap” over a span of Interstate 95 that runs below street level in Wilmington.

“In the midst of the Biden-Harris Administration’s Build Back Better initiative and your willingness to foster inclusion through infrastructure, we are proposing a cap on I-95 in order to help heal our city and to reconnect communities that were disconnected by the construction of a highway through neighborhoods in less affluent areas,” reads the letter, signed by state Senators Sarah McBride, Elizabeth Lockman and Darius Brown, and state Representatives Sherry Dorsey Walker, Nnamdi Chukwuocha and Gerald Brady. “With this transportation project, we shall create an Urban National Park in the country replete with bike and walking trails, an amphitheater and more, thus creating viable healthy communities economically and socially.”

Capping I-95 would be the most ambitious and transformative infrastructure project since the highway was carved through the city more than five decades ago. If such a capping project were to ever take shape, Wilmington would be forever changed. Indeed, much of the damage wrought by decades of racist and cynical urban planning policy could begin to heal.

The only problem is less than half of I-95’s footprint in Wilmington would be affected by such a plan, roughly from Delaware Avenue to Sixth Street. Headed south from Sixth street, I-95 comes back to ground level until Fourth Street, when it becomes an elevated highway, the I-95 viaduct, which continues for more than a mile south, out of Wilmington and into the marsh. Beneath the viaduct is a maze of fencing and gated parking lots, and until not that long ago some basketball courts that had fallen into disrepair. Currently, the area is a construction zone.

This is where Delaware can begin to heal the damage created by I-95. Not with a cap, but with a canopy–a covered urban park replete with green spaces, playgrounds, walking and biking trails, skate parks, dog parks, basketball and tennis courts, space for a seven-day farmers market and public artwork installations. All sheltered from the storm.

Whereas building a roof over portions of I-95 in Wilmington will likely take at least a decade of planning and construction, as has been common in other cities, designing a modern city park under the I-95 viaduct can begin today. Planning should have started years ago when the Delaware Department of Transportation first announced the “Restore the Corridor” megaproject, around which we are now detouring our lives. There has quite literally never been a better time to completely reimagine the public space beneath elevated portions of the interstate. Work could begin as early as 2023, far sooner than any capping project.

Whereas capped portions of I-95 in Wilmington will span slightly more than 2,000 feet, connecting the neighborhoods of Cool Spring and Hilltop with Trinity Vicinity and West Center City, a mile-long park under the I-95 viaduct will connect all those neighborhoods with the Riverfront, Hedgeville and Browntown. Imagine if the fastest way from the West Side to the baseball stadium was on a bike travelling on pathways beneath the I-95 viaduct. This could be our reality by 2025.

Putting a roof atop I-95 has always been a partial solution.

Ultimately, Wilmington needs both: a cap over some portions of I-95, and an extensive network of parks under the I-95 viaduct. Capping I-95 is a great idea, but doing so will reconnect less than half of the city. The other half of the city requires a different solution, one that is far cheaper than a cap but will have an equal, if not greater impact on the surrounding communities.

Remember: this is where Delaware can begin to heal the damage created by I-95. Not with a cap, but with a canopy.