In response to years of cost cutting and layoffs, journalists at The News Journal are forming a union to save local news. 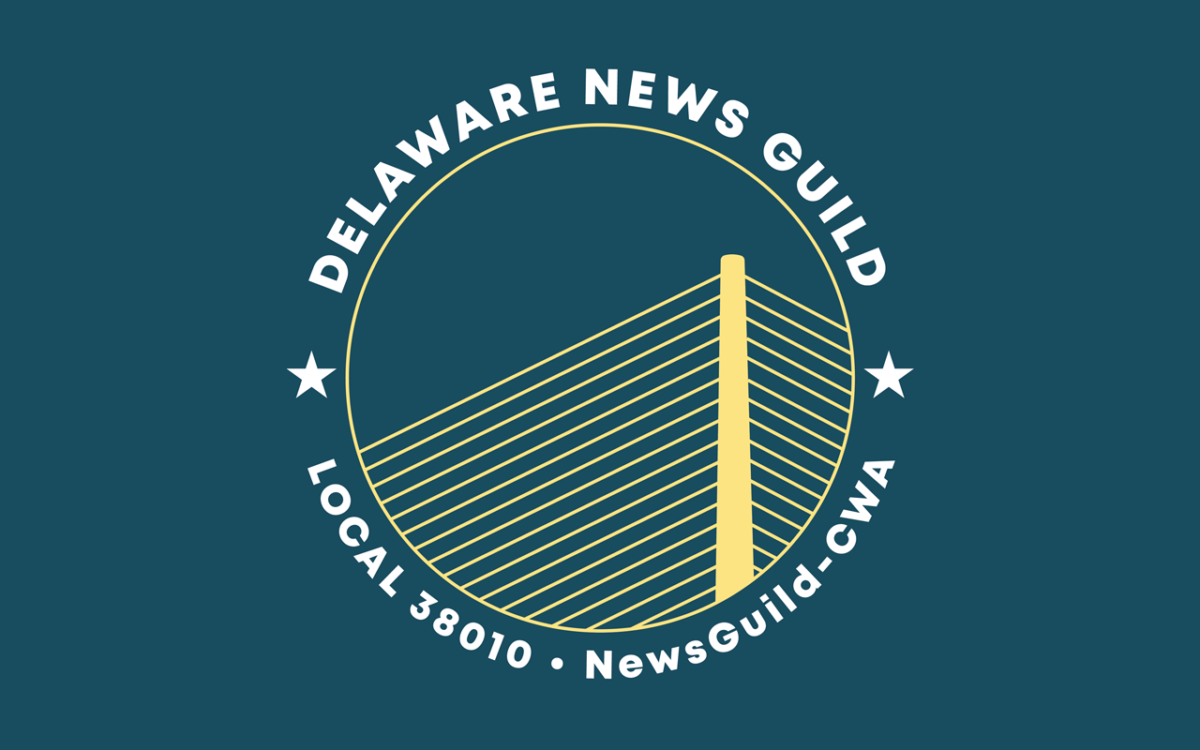 On March 2, 2020, reporters working at The News Journal and Delaware Online released a statement announcing the formation of Delaware News Guild—a union—to seek a collective-bargaining agreement with their corporate publisher, Gannett, the largest newspaper company in the nation.

“Our newsroom, like many others, has endured routine rounds of layoffs and cuts,” the guild said in a written statement published on Twitter. “This, combined with growing health care costs, stagnant salaries and constant staff turnover makes it difficult to maintain the high caliber of journalism that we strive for – and that Delawareans deserve.”

The move to unionize Delaware’s largest newsroom came in response to the recent merger of Gannett, popularly known as the USA Today network, with GateHouse Media. This multi-billion-dollar deal consolidated 260 daily newspapers in 46 states under a single corporate entity. Whether you read articles in the Detroit Free Press, the Indianapolis Star, or the Arizona Republic, you’re reading a Gannett newspaper—all of which have successfully unionized.

The Delaware News Guild claimed the majority of eligible staff were in favor of forming a union, and they had the votes to prove it. When Gannett refused to recognize the union, the Guild replied, “We look forward to winning our election.” Five months later, the newspaper’s corporate publisher has stubbornly stonewalled unionization efforts. Gannett delayed elections for months by refusing to recognize the union and then by refusing to allow for mail-in ballots that the Guild requested to minimize the possibility of transmitting the coronavirus. After the vote finally took place—a vote in favor of forming a union—Gannett challenged the eligibility of certain staffers, further delaying the vote count.

Hedge funds, corporate mergers, and the thirst for ever-increasing profits have hollowed out newsrooms across the country, including The News Journal. The ranks of Delaware’s largest newspaper have steadily declined from a peak of nearly 500 total employees in the 1980s to approximately 100 today. During the 1990s, a dozen editors oversaw the newsroom operations. Today only four remain to oversee the 29 journalists, photographers, and media specialists.

Following Gannett’s acquisition of The News Journal in 1978, local journalist David Shaw penned a scathing profile of the new parent corporation. Newspaper publishers like Gannett, Shaw claimed, were “largely scorned for looking on their papers as ‘cash registers,’ for sacrificing quality to profit.”

History has proven him right.

While it has been disappointing to see our local newsroom gutted for no better justification than “profitability,” it is not surprising. Throughout the nation, newsrooms are being purchased, downsized, and shuttered by the very companies whose purported mission it is to report the news.

The journalists at these newspapers command our respect. Many are fearless advocates for the public good who want to root out corruption and hold public officials accountable. Reporters for the Indianapolis Star stood by the victims of the disgraced USA Gymnastics doctor Larry Nassar. Thanks to their reporting, the most notorious serial pedophile of our lifetimes is behind bars. The Detroit Free Press continued to report extensively on the water crisis in Flint, Michigan long after cable news had moved on to other stories.

Here in Delaware, reporters from The News Journal have consistently held public officials accountable. They have revealed alleged pervasive corruption at all levels of government—from the slush fund controlled by Wilmington’s city council to the Carney administration’s extensive redaction of sensitive emails related to the dismantling of the Rodney Square transit hub. Unfortunately, Delaware has lost many talented journalists to other newsrooms and corporate communications jobs, the latter of which typically offer more comfortable wages and benefits.

The crisis unfolding in our local newsroom is real. Shareholders may profit directly when a newsroom lays off journalists or shuts its doors, but they are not the only ones who benefit. Corrupt politicians and capitalist grifters also win—and thrive. Meanwhile, in a state with some of the highest rates of gun violence, opioid overdoses, and industrial contamination in the nation, the biggest losers are everyday citizens like you and me.

Reporters need to know that there will be a job for them tomorrow. This is especially important when the subjects of their investigations are the people sitting on the boards of the most powerful industries in the world. And working people have a right to know that the reporter who has been covering the contamination of their drinking water, or the murder of a loved one, will be there when the case goes to court.

If Gannett is the determined media organization that it claims to be—if it honestly values its journalists and the Delaware market they serve—then it should recognize the Delaware News Guild without further delay. And we, the reading and informed public must call on them to do so. As the Guild said when it first formed back in March: “We are passionate about the work we do. But our readers deserve better. And so do we.”